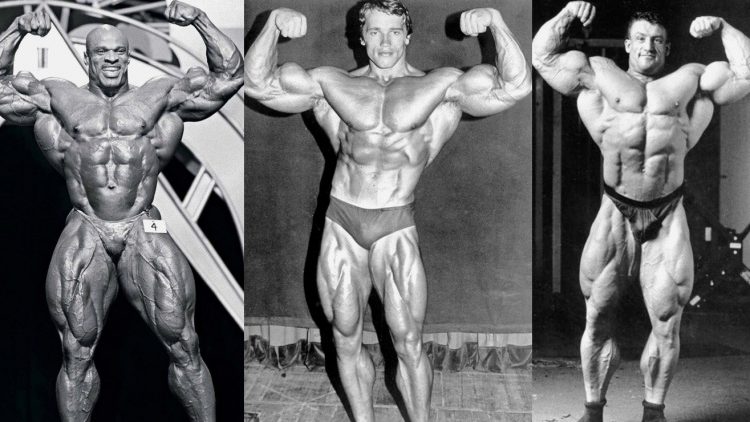 How many times have you seen bodybuilding routines of the “champs” in various muscle magazines? Upon further reading, you are amazed that a human being could withstand such long marathon routines with enormous poundages.

You think, “I don’t have what it takes to do that”. Well, you know what? You don’t and you shouldn’t. These guys are using lots of steroids, period.

Productive bodybuilding routines for those 99% of us in the real world are a lot different than those in the magazines. So, forget everything you’ve seen on those glossy pages for a bit and read on.

Workout routines have evolved over the years. In the mid 20th century bodybuilders such as John Grimek, Steve Reeves, and Clancy Ross usually trained three days per week. Their bodybuilding routines involved working the whole body every workout. Heavy compound strength building exercises were emphasized along with hearty meals and lots of sleep. The last few weeks before a contest volume was increased a bit to burn extra fat off and reveal more muscularity. Many Mr. America and Mr. Universe level physiques were built this way.

These full body routines were the norm until magazines started encouraging more sets to be performed in the workouts. The idea was if 3 days per week was good, then 4, 5, or 6 days per week should be better.

Actually, a lot of the push to do more came from the publishers’ goal of selling more supplements and equipment. The workouts eventually had to be “split” so only parts of the body were worked during each bodybuilding workout. There were just too many sets and exercises to do full-body routines anymore.

The Era of High Volume

Steroids played a major role beginning in this time period. The early bodybuilding routines were hard, heavy, 3 days per week workouts that natural men could handle and respond to very well. When drugs were introduced the recovery ability of the bodybuilders skyrocketed. They could withstand a lot more work so they increased their workouts accordingly.

Along with the drugs, the added work created very lean bodies that defied logic when combined with their huge muscles. The workouts of Arnold Schwarzenegger, Franco Columbu, and Frank Zane are examples of high volume workouts from this period.

It is unlikely that any natural trainer could develop his body to the same degree using these workouts. However, there is a wide range in volume and frequency that a natural trainee can use in their workout routines.

Now let’s look at the other side of the spectrum.

In the early 70’s Arthur Jones got quite famous promoting High-Intensity Training as a revolutionary way to build muscle. This was during the heyday of high volume training. The magazines were filled with training routines of the champs with page after page of mind numbing sets and reps. Jones’ change in direction caught the attention of many when he introduced his Nautilus machines and training routines.

Actually, the Nautilus routines in many ways resembled the original bodybuilding routines of Grimek, Reeves, and others from the 40’s and 50’s. Jones tried to apply logic and science to explain why these basic, heavy, low volume routines were superior to the high volume routines of the day.

The basis of his theory was that workouts should be intense, brief, and infrequent. This was and is still sound advice for many, especially the non genetically gifted.

To this day there is a constant debate over High-Intensity Training and High Volume Training. The biggest factor which confuses the debate is the use of anabolic steroids. Bodybuilding heroes of both camps used them and they also all had remarkable genetics.

This debate will probably never cease since many people enjoy the opposing methods. Besides, bodybuilding forums just wouldn’t be as fun without friendly banter back and forth on this issue anyway.

Most productive workouts, however, fall somewhere in the middle. You’ll have to decide what works best for your situation.

Here are some sample workouts to try.

Although, probably not advisable to copy, here are some sample routines from the physique stars of yesteryear.

Classic Bodybuilding Routines of the Champs

Some people like to split up their workouts by bodyparts. Here are some body-part specific routines to try:

New to working out? Here are some tips to choosing your initial starting point:

Take a month and start with a universal break in a workout to get your body ready for the harder workouts ahead. After your break in considers these suggestions…

If you have a larger build and or have some body fat to lose, try a medium to high volume routine. Your goal should be to get into a lean condition and then decide what type of workout will work best for your future muscle building goals.

If you have a slimmer build and are already lean try a lower volume workout. You may have a high metabolism and don’t want to burn up too much energy with the higher volume stuff. Save your energy for recovery and muscle growth.

The Navy SEALs are one of the world’s most respected special forces. Just getting into SEAL basic training is a...