How Arnold Schwarzenegger Tricked Sylvester Stallone Into ‘A Bad Movie’

Arnold Schwarzenegger has spoken about how he tricked Sylvester Stallone into joining renowned movie flop ‘Stop! Or My Mom Will Shoot’.

Before squashing their beef and investing together in Planet Hollywood, Schwarzenegger and Stallone shared a violent hatred for each other during the ’80s and ’90s, so much so that there were rumours Schwarzenegger leaked false information that he was interested in starring in the dud movie, so that Sly would sign up instead (which he did) – when really, Arnie thought the script was terrible.

And guess what it turns out… that is totally true.

During a question & answer session at Beyond Fest 2017 Schwarzenegger told the audience:

“I’m so glad we straightened out our mess because it wasn’t pretty, we were attacking each other in the press relentlessly.”

The two macho men started one-upping each other in every way imaginable, from who had the “biggest gun” to who to who had “less body fat when he goes into production.” he said. “All of this s–t started happening, and it didn’t stop! It was unbelievable.”

Schwarzenegger finally bested his competition when he read the script for 1992 action-comedy movie called “Stop! Or My Mom Will Shoot!” — which ended up bombing at the box office.

“You know, I’ve also done some movies that went right in the toilet, right? That were bad. But this was really bad.”

“So I went in – this was during our war – I said to myself, I’m going to leak out that I have tremendous interest. I know the way it works in Hollywood. I would then ask for a lot of money. So then they’d say, ‘Let’s go give it to Sly. Maybe we can get him for cheaper’.” 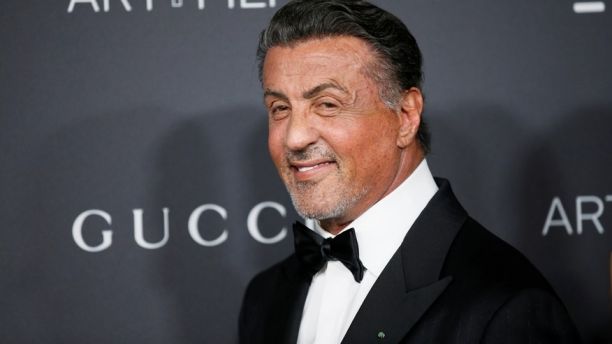 He added: “So they told Sly, ‘Schwarzenegger’s interested. Here are the press clippings. He’s talked about that. If you want to grab that one away from him, that is available’. And he went for it! He totally went for it.

The movie ended up making only $28.4 million domestically on a $45 million budget, according to Box Office Mojo.