After nearly two months of back and forth, Fast & Furious stars Tyrese Gibson and Dwayne “The Rock” Johnson have ended their feud.

Earlier this week, Tyrese Gibson sent out a string of Instagram posts badmouthing his “Fast and Furious” co-star The Rock for agreeing to do a spinoff movie to the hit franchise — which led to the next “Fast” movie being delayed until a 2020 release.

Gibson shared an Instagram photo of himself, The Rock and Vin Diesel, which is ironic since Rock and Diesel recently ended their own feud. In the post he promised would be his “last” about Johnson, Gibson said he had “a real heart to heart” with one of Johnson’s associates and also expresses his excitement for director Justin Lin returning to the franchise in Fast & Furious 9.

“Want you guys to know I had a real Heart to Heart with one of Dewayne’s associates and this will be my last post about him. I repeat my last. I respect the associate who called. My story will never change I was never DJ’s Co-Star. I’m Shayla’s Father first. Justin Lin is back in the driver seat that’s exciting cause it’s going to feel like the true #FastFamily all over again. When we see Justin we see Paul.”

The feud started back in September when Gibson asked Johnson to drop his Fast & Furious spin-off that he was planning with Jason Statham and just a few days later Universal Pictures pushed the release of Fast & Furious 9 to 2020, and later confirmed that this spin-off is happening in the summer of 2019. From there, the feud got worse, with Tyrese calling out “Dewayne” for making the franchise all about him, with his spin-off taking precedence over Fast & Furious 9.

This feud even caused Vin Diesel to respond, claiming that it would be, “unfair to say it is anyone’s fault.” Earlier this week, Tyrese Gibson threatened to bail on Furious 9 if they kept “Dewayne” on as Luke Hobbs, calling him a “clown” and “#CandyAssBitchMade” while essentially accusing The Rock of taking steroids to enhance his physique. While it isn’t known who “Dewayne’s associate” was that reached out to Tyrese Gibson, apparently he or she convinced him, at the very least, to stop posting about The Rock.

Gibson revealed that a big reason for his beef with Johnson was due to a bitter custody battle he was going through with his ex-wife over their 10-year-old daughter and that he was “almost broke and swimming in legal fees.”

Well, Gibson may not be posting anything publicly about The Rock anymore, it seems there may still be some ill will between the two, although it seems unlikely that won’t be aired in public anymore. The Fast and Furious franchise has been a boon to Universal Pictures. The last two installments have each pulled in over $1 billion in global box-office receipts.

What do you make of this continued beef between Tyrese Gibson and The Rock?

Kevin Levrone Says He Will Be 75% Better in Arnold Classic Than 2016 Mr. Olympia 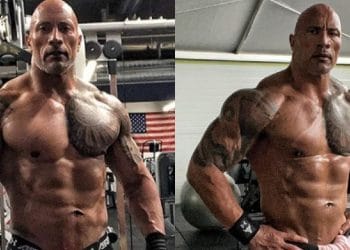 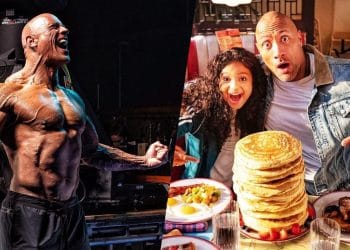 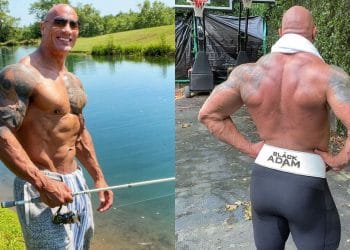