Just ahead of the UFC 219 fight between Holly Holm and Cris Cyborg, Dana White is in full promotional mode. Despite the dominance that Cyborg has shown over her entire career, it’s Holm that he has focused a lot of the attention on. 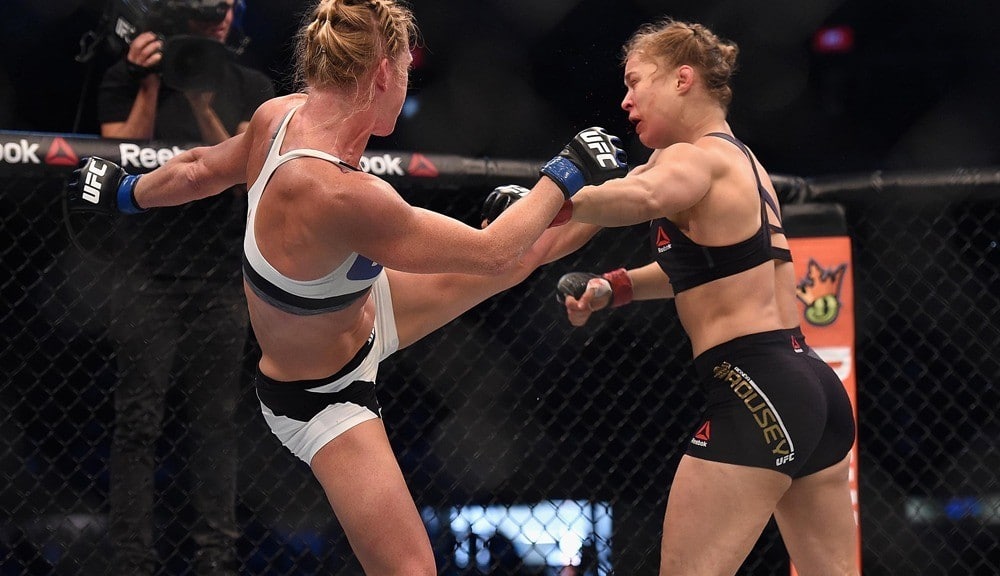 White made an argument that Holm (not Ronda Rousey) would be the greatest female fighter of all time if she could defeat Cyborg and acquire a second UFC title while guesting on The Herd (via MMA Fighting):

“This is the biggest fight of her career. This is the true test for Cris Cyborg. If you look at Holly Holm – 13-time world boxing champion, multiple time kickboxing champion, beat Ronda Rousey and won the UFC title. Now Holm is moving up to 145 pounds and she’s actually a real 145-pounder – she’s tall, she’s big, she’s thick.

“[And] if Holly Holm wins this weekend, how can you argue that she’s not the greatest fighter of all time – female fighter?”

He does believe it’s an important bout for Cyborg as well though, and likes the style matchup:

“For Cris Cyborg, to win this fight, obviously it’s a big fight for her,” White said. “I think Holly Holm is her first real, true test. As far as the fight goes, Cyborg is a very aggressive fighter, knockout puncher, likes to move forward, aggressive and Holly Holm is a counterpuncher. She’s a great counterpuncher, and I actually expect this to be a great fight.”

UFC 219 goes down this Saturday night in Vegas, where Holm will challenge for Cyborg’s UFC women’s featherweight title in the headliner.

Holly Holm has already accomplished a lot over the course of a lengthy combat sports career, including numerous boxing titles and one of the biggest upsets in mixed martial arts history.

Cyborg might be a tough task for Holm but in truth, a win here could well immortalize her forever.

The Top 5 Exercises For Leg Workouts