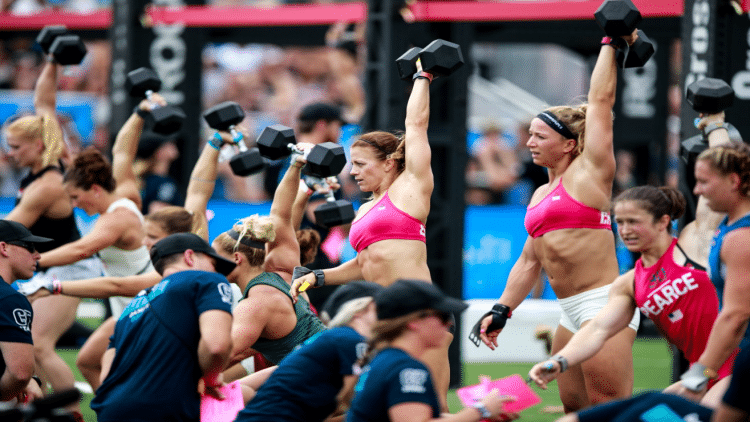 The CrossFit Games will be making several changes this year, including some to the scoring system. Don’t worry though, the new scoring system has been released, so you can be prepared.

It was announced that the 2019 CrossFit Games would be open to several broadcast partners, to make viewing easier. Additionally, there have been some changes to the way scoring is done, which CrossFit released, here.

According to the post, there will be 148 men, and 134 women. It will then be cut down to 75 competitors in the first day, based on the scoring chart below. 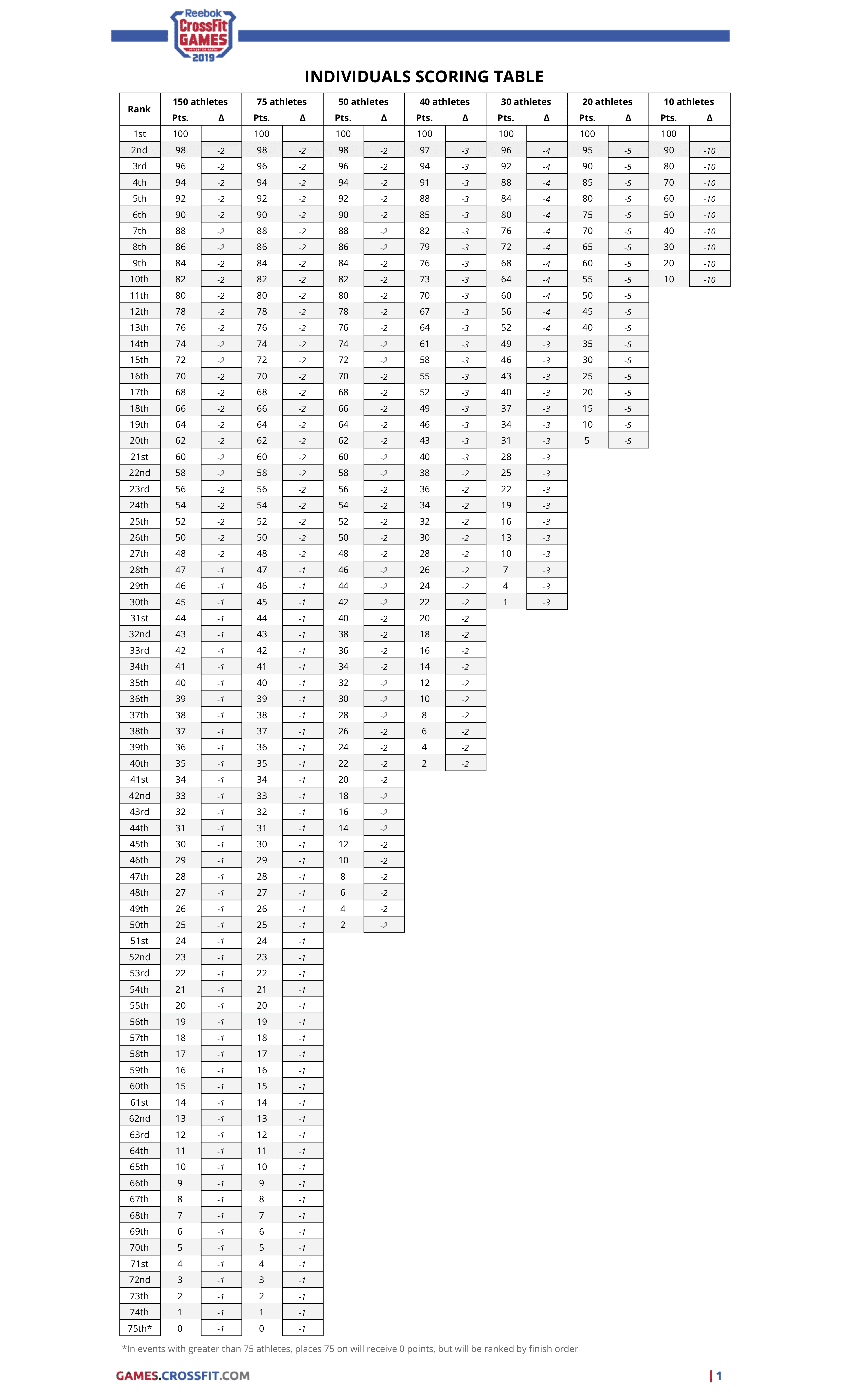 We broke things down a little more simply, here:

The winner of each event gets 100 points. Subsequently, the score decreases for each following athlete, 2 points per position. (i.e. 2nd place gets 98 points, 3rd gets 96, etc.)

From 76th place, on, each athlete earns 0 points. This only applies to the first day, as after that, there are only 75 athletes.

By the third event, there are 50 competitors remaining.

At this point scoring starts at 100 points for first place. This time however, each following person loses two points, per position. (2nd place scores 98, 3rd 96, etc)

The final athlete walks away with 2 points.

On event four, there will be 40 athletes.

Here, the scoring is similar to the first two events. However, this time the winner gets 100 points, but te remaining athletes lose 3 points for every place. (2nd place gets 97, 3rd gets 93, etc)

Here, we are left with 30 athletes.

Here it is straightforward, as the winner gets 100 points, and each place loses 5 points respectively.

The final athlete in this event scores 5 points.

The final event pits the final 10 athletes against each other.

The winner here, gets 100 points with each athlete losing 10 points accordingly.

In the final event, the last athlete scores 10 points.

The team scoring is a far less complicated system. This scoring is a set number of points for each day. There will be 14 teams competing.

Each day the winning team scores 100 points. For the first day, teams lose 7 points according to their placing. The second day sees the 11 remaining teams lose 10 points with the third event having 9 teams and losing 12 points. Additionally, on day four, there are 7 teams which lose 16 points, and on the final day, 5 teams compete losing 5 points per placing.

The 2019 CrossFit Games are looking to be the most exciting yet. With all these changes, it will be fun to watch.