2020 CrossFit Games Still Taking Place, Will Be Closed To Public

2020 CrossFit Games To Take Place But Without Public Guests 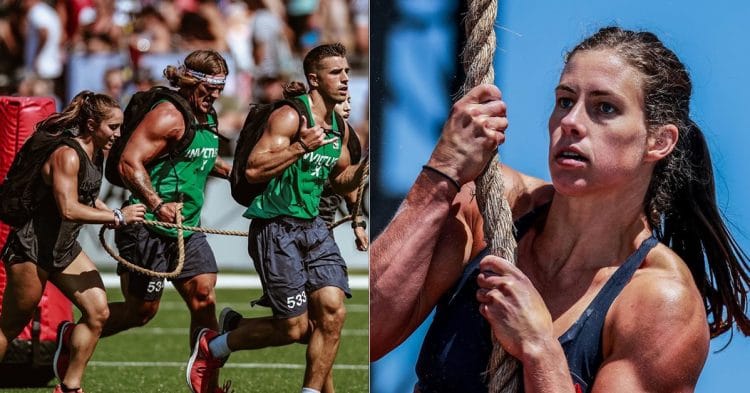 Given the circumstances in the world today, fans were unsure what to expect with the 2020 CrossFit Games. After an announcement from CrossFit HQ there is some information available, as to what the plans are for the event.

The 2020 CrossFit Games were originally expected to take place in Madison, Wisconsin on July 29th. However as the global health crisis began to worsen, it seemed increasingly unlikely that something would change in those plans. This only became more likely, as the Sanctional season was severely altered by cancelations, or going online.

Now some information has been provided, to give clarity about what to expect with the Games. An announcement from CrossFit HQ has revealed that the location has been moved to Aromas, California, where the event originally took place. Moreover, they have revealed that the contest will not be open to the public, so ticket holders, and vendors can get refunded on their purchases.

“We remain fully committed to planning a live competition with live media coverage. At this point, we are concentrating on a competition in Aromas, the original home of the CrossFit Games. We are also evaluating options for virtual competition. We will continue to monitor events globally and will have more details for athletes and fans in the coming months.

The Games will not be a public event. Due to sweeping decisions to ban large festivals and sporting events for the foreseeable future, we are suspending the on-site spectator experience for this year. For fans who have purchased tickets, camping, or hospitality packages, Ticketmaster, who holds these payments until after any physical event, will be issuing full refunds. CrossFit will be issuing full refunds to exhibitors.”

We are also evaluating options for virtual competition. We will continue to monitor events globally and will have more details for athletes and fans in the coming months.

The Games will not be a public event.

This is disheartening news for fans who were wanting to attend the 2020 CrossFit Games. However, it is reassuring for the athletes who were wanting to know what the plan was. Although it is with noting that they have not specifically said the contest will take place on the originally planned date.

Obviously with things so uncertain in the world right now, this situation could change at any moment. Nevertheless, it is good to see CrossFit taking action, even this far in advance.

Bodyweight Exercises To Avoid And What To Do Instead

Evan Kardon Shatters His PR With A Ridiculous 820lb Deadlift