Evan Kardon Shatters His PR With A Ridiculous 820lb Deadlift 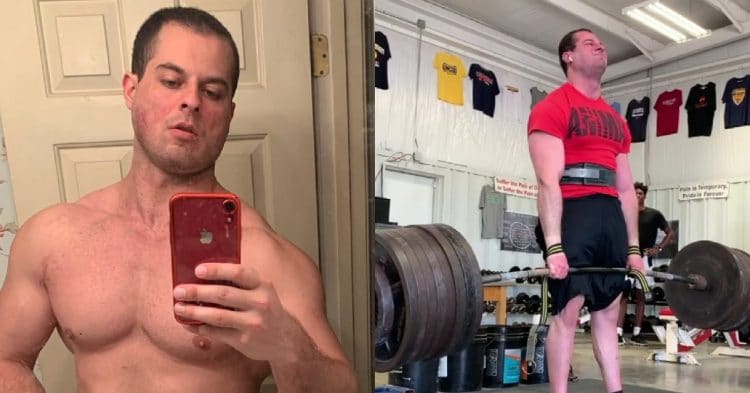 Evan Kardon is known for his love of the deadlift. However, he took things to the next level, when he hit a new all-time personal record in a recent training session.

Kardon is a 25-year-old powerlifter out of North Carolina, who has been competing for three years now. However, in that time he has made a name for himself, although not for his impressive performances in competition. He was the young man who was notoriously not allowed to deadlift at a gym, in March.

Nevertheless, as his most recent training session showed us when Evan Kardon is able to deadlift, he does not hold anything back. He took to Instagram recently, to demonstrate that in a big way. He did this by crushing a gigantic 820lb deadlift, which just so happened to be a new all-time PR for this young man.

“820 All Time Deadlift PR! Did this after squatting and benching too! Great atmosphere in the gym today💪🏻🙌🏻”

Well you can definetly not say he did this lift easily, but Kardon was able to hoist it up. To put in perspective just how crazy this lift was, his competition best deadlift is only 744lb. So considering he says he did some squat and bench training before this, to still be able to go 76lb past your competition PR is simply unbelievable.

Kardon has been hitting a ton of PRs lately. It just goes to show that he is not letting the current uncertainty in the world affect his training. Here he is, just a few days earlier, deadlifting 740lb for a new PR double.

Evan Kardon has not competed since August, and given the ways things are right now, will likely not be competing for a few more months. However when he does return to action, you can expect to see a much different game from him.

2020 CrossFit Games Still Taking Place, Will Be Closed To Public