The 2020 World's Strongest Man Contest Will Have Exclusive Content Only Available Through Purchase On Facebook, Leading Up To And During The Contest 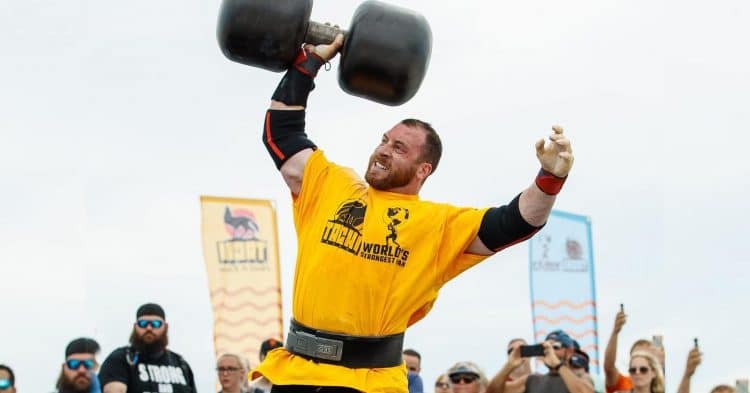 The excitement surrounding the 2020 World’s Strongest Man is palpable throughout the strongman community. It would appear that fans will be allowed a unique experience this year, with some Facebook-exclusive extra content.

This year’s WSM promises to be an exciting an interesting experience, especially compared to previous years. There will be a lack of some familiar faces, as fan favorite Hafthor Bjornsson retired from strongman and last year’s winner Martins Licis will be sitting the competition out. However there is a ton of motivation among those will be competing, given the fact that there has been a serious lack of contests this year.

Typically the WSM is filmed and the results are kept quiet until the contest airs on television some time later. However that will not be the case for the 2020 World’s Strongest Man, as it was recently revealed that the WSM Facebook page will be hosting a variety of exclusive coverage and behind the scenes content. Among this content is daily results of the events throughout the contest.

Beginning November 10th, the day before the start of the contest, fans can pay $1.99 a day for access to live streams of the action in Bradenton, FL. There is a variety of content planned, but the most alluring aspect to this bonus material is the fact that the daily results will be revealed. Although it is worth noting that the stream will not include any of the event coverage I, as viewers will still have to wait for the contest to be aired in December to see the athletes competing. However there will be interviews, event previews, post-event analysis, and more.

This is the schedule of events for the live stream:

At $1.99 a day, the entire week’s worth of 2020 World’s Strongest Man bonus coverage will end up costing about $12. This is certainly worth it considering it allows you to know how things turn out before the competition is aired on television. Furthermore this provides a new, unique, and intimate look at the process the athletes go through when they arrive at the contest, all the way through the end of each event.

Get BIG With Our Ultimate Bulking Workout Plan