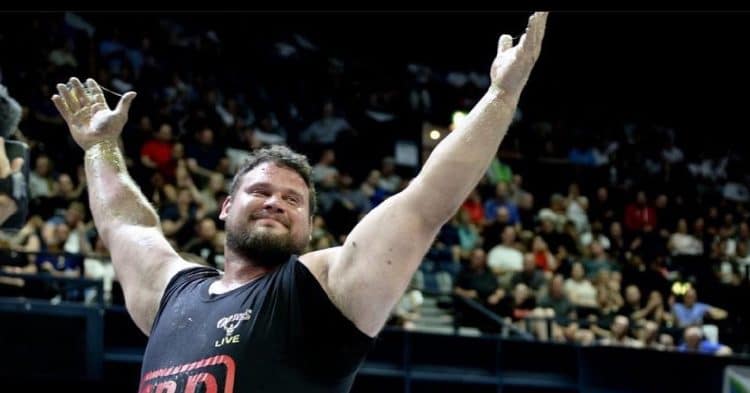 This year’s World’s Strongest Man contest was already known to be missing some familiar faces. Now it would appear that last year’s champion, Martins Licis will not be competing at the event either.

When Licis won the 2019 World’s Strongest Man, it was a bit of a big deal. He managed to beat out some of the best names in strongman, shocking the fans watching around the world. Furthermore, it left fans excited to see what he would do next, and curious to see if he could hold onto this title for multiple years to come.

It would appear that this will not be the case however, as Martins Licis seems to have revealed that he would not be competing at the 2020 World’s Strongest Man. In a video posted recently to his YouTube, the champion made a passing comment, suggesting that he was not competing at this year’s WSM. Instead he looks to be training for the 2021 Arnold Classic, apparently taking the rest of the year off.

“I’m excited to get all that focus training in for the Arnold, because I’m coming for the win,” Licis said.

“We didn’t really explain that you’re not training for the World’s Strongest Man,” his training partner said in response.

“Don’t worry about it,” Licis responded.

This passing comment was not the only thing to suggest that Licis is sitting out the WSM this year. Later in the video, he seemingly reaffirmed that he was training for the Arnold. Moreover he hinted that he would open up more about why he is not competing at the WSM, at a later date.

“Good little into Arnold training,” Licis said at the end of the workout.

“Hey, what happened to the World’s Strongest Man?” his cameraman asked with a hint of a chuckle.

“I’ll talk about it later,” he responds.

To be fair, Licis did not outright say that was not competing at the 2020 World’s Strongest Man, but judging by what he did say it seems pretty clear that he isn’t. This could be leaving the door open for Brian Shaw to get his fifth WSM title, since Hafthor Bjornsson and Eddie Hall are retired. However Rob Kearney has been looking particularly sharp lately, so he could potentially be another contender for this throne. Of course, these are not the only two names to look out for, heading into this November, but they seem to be the best bets.

Who do you think will win the 2020 World’s Strongest Man, if Martins Licis does not end up competing?

3 Reasons Your Back Hurts After Performing Deadlifts