Complete results and recap for the 2021 Atlantic Coast Pro 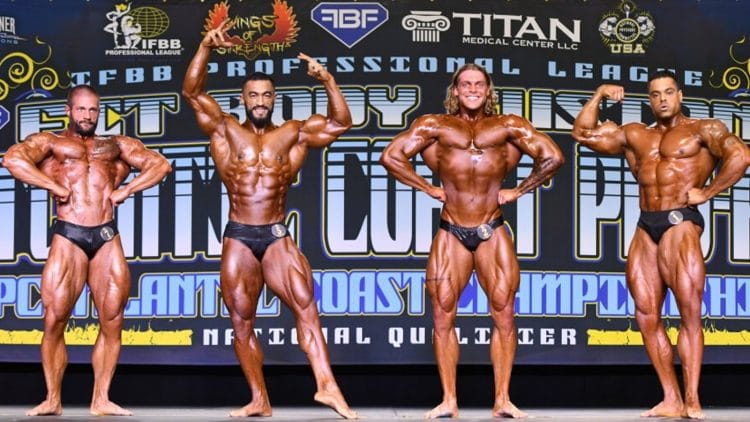 The 2021 Atlantic Coast Pro took place on November 20th, in Fort Lauderdale, Florida. This is the result of the professional side of this bodybuilding competition.

In a busy weekend of bodybuilding action, it could be easy to overlook the Atlantic Coast Pro-Am, but that is not because the show had nothing to offer. In fact, it was quite the opposite, as this was a surprisingly interesting event.

Taking place at the Greater Fort Lauderdale Broward Convention Center, at the Hilton Fort Lauderdale Marina, athletes from around the world came out to compete. Each and every one of the pro competitors arrived with the same goal in mind: win the contest, and qualify for the 2022 Mr. Olympia.

A total of just 5 divisions made up this contest, but there was a decent turnout for each one. The 2021 Atlantic Coast Pro-Am was made up of athletes from the Classic Physique, Figure, Bikini, Men’s Physique, and Women’s Physique divisions.

The most stacked division at this contest was, without a doubt, the Men’s Physique division, which was made up of a whopping 36 bodybuilders, all vying for an invitation to the Olympia next year. Of course, heading into the event, the consensus was that Andre Ferguson would be the frontrunner for this portion of the contest.

In the end, only one athlete from each division would be able to win and move on to the 2022 Mr. Olympia. Here are the complete results from this bodybuilding competition.

Congratulations are in order for all of the athletes who walked away with wins at the 2021 Atlantic Coast Pro. The professional bodybuilders who won here will make interesting additions to the roster of the 2022 Mr. Olympia.