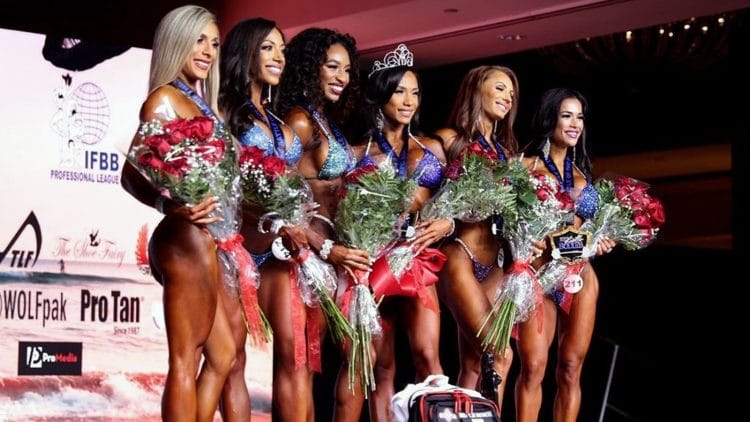 The 2021 Janet Layug’s Battle of the Bodies took place July 31st, at the Ft. Lauderdale Mariott Coral Springs Hotel, in Coral Springs, Florida. This is the complete results from this contest, as well as which IFBB Pro Bikini athletes will get invited to the 2021 Mr. Olympia.

This contest, named after the legendary Janet Layug, is a Bikini Only contest, at least in terms of Pro competition. There are several NPC divisions for amateur bodybuilders, and these will lead to qualifications for the NPC Nationals, which can lead to IFBB Pro League qualifications.

That being said, just because Bikini athletes are the only pros featured here, does not make this event any less worth paying attention to. After all, Bikini is usually the most filled roster at the Olympia, and the champion could very well be champion.

Although they would have to go through Janet Layug herself, in order to do that. After coming in second place twice and third place once, the 32-year old finally got her Bikini Olympia win in 2020, and seems primed to reign atop this ultra stacked division for many years to come.

In any case, this contest featured a roster of thirty Bikini competitors, all of whom were looking to stamp their ticket to the big show in Orlando, later this fall. In the end, there could only be one winner of this show, and it was crowned by Saturday’s end.

Below are the results of the 2021 Janet Layug’s Battle of the Bodies competition:

Congratulations are in order for the winner of this contest for getting her invitation for the 2021 Mr. Olympia. She will make an interesting addition to the roster.