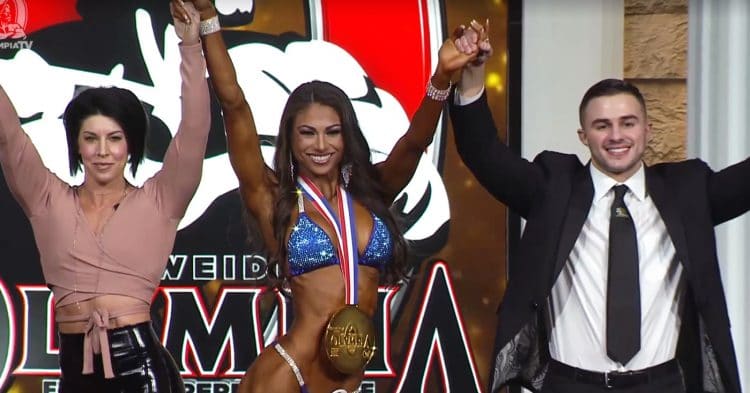 Bikini Olympia Results: This year’s Bikini Division at the 2020 Mr. Olympia saw more athletes qualify than any other division. So naturally there was a lot of though competition for the judges to sort through, in order to determine this year’s winner. Nevertheless, they managed to do just that during Saturday morning’s prejudging, leading to the finals that same evening.

Elisa Pecini looked to make it two wins in a row this year, but the other 39 competitors were not going out without a fight. Janet Layug now THE NEW Ms. Bikini Olympia champion, after coming in second place a frustrating three times. Standing in her wake was Jennifer Dorie, coming in second place, and Etila Santiago Santos who scored third.