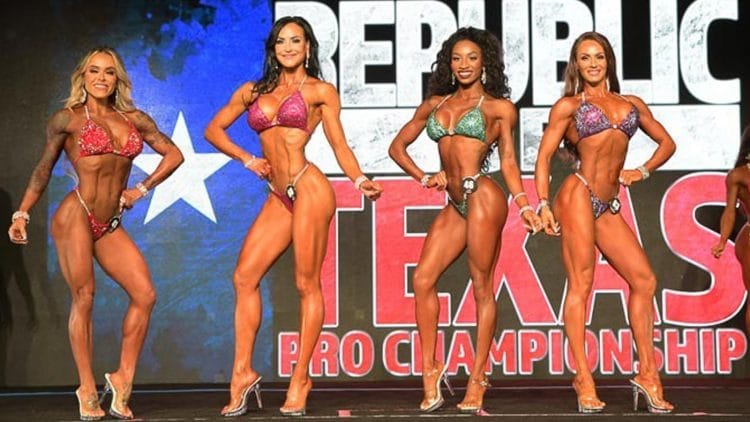 The 2021 Republic of Texas Championship bodybuilding show takes place on July 17th, 2021, in Austin, Texas. This is the results from this contest, as well as who will be advancing to the 2021 Mr. Olympia.

Taking place at the Fairmont luxury hotel in Austin, the Republic of Texas Championship is a bit of a small contest, in the way that it only has two pro divisions competing. However this competition is crucial for NPC competitors, with a whopping nine amateur divisions of bodybuilders taking the stage.

That being said, the two pro bodybuilding divisions are fully stacked with athletes vying for the chance to prove their skills on the biggest stage in the sport. The winners in the Men’s Physique and Bikini divisions of the pro contest will earn an invitation to the 2021 Olympia, scheduled to go down from October 7th-10th, in Orlando, Florida.

There was a surprising turnout of bodybuilders for these two divisions, with 33 athletes competing in the Men’s Physique Division at the Republic of Texas Championship. As the most filled out division of this contest, judges had their hands full to determine who placed where.

Of course, the Bikini Division is one that is always filled up with competition, as this has the most competitors in the entire sport. It was well represented here, but only one could walk away with an invitation to the 2021 Olympia.

Congratulations are in order for the winners of the 2021 Republic of Texas Championship, and those who will be advancing to the 2021 Mr. Olympia. They will make interesting additions to the 2021 Olympia roster.

2021 IFBB Battle in the Desert Results and Scorecards