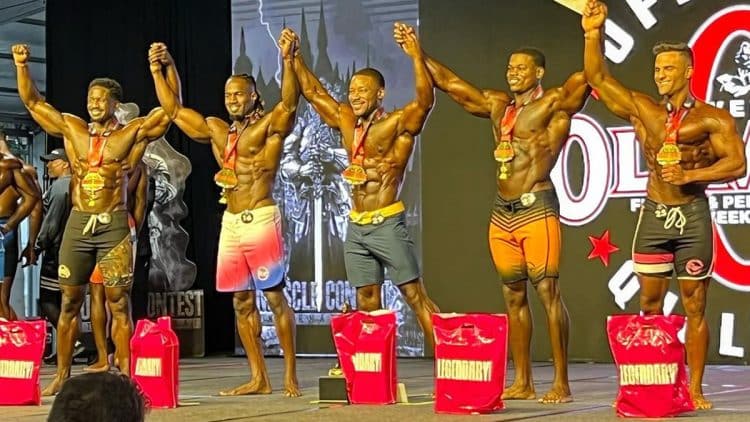 This year’s bodybuilding season is getting more intense by the day. Over the weekend (September 10, 2022), the 2022 Tournament of Champions Pro took over San Diego, California, which showcased one bodybuilding division at the show: Men’s Physique.

The 2022 Tournament of Champions Pro was an Olympia qualifier. Athletes continue to gather from around the world looking to secure a coveted invitation to bodybuilding’s biggest show of the year — 2022 Mr. Olympia. Joe Weider’s 58th annual Olympia contest will take place in Las Vegas, Nevada, from December 15th – 18th. For a full list of standings for the event, click here.

Athletes are afforded until November 20, 2022, to punch their ticket to compete at 2022 Olympia. Outside of the Men’s Open division, any bodybuilder who earned a top three finish at last year’s O contest, are automatically qualified to compete at this year’s show.

Find the top 10 results from the 2022 Tournament of Champions Pro below:

Anticipation for the biggest show of the year continues to build. Fitness Volt would like to congratulate the winner on their major victory at the 2022 Tournament of Champions Pro.

How To Do Monster Walks – Tips, Benefits, and Alternatives