Throwback: Never Before Seen Most Monstrous Pictures Of Ronnie Coleman 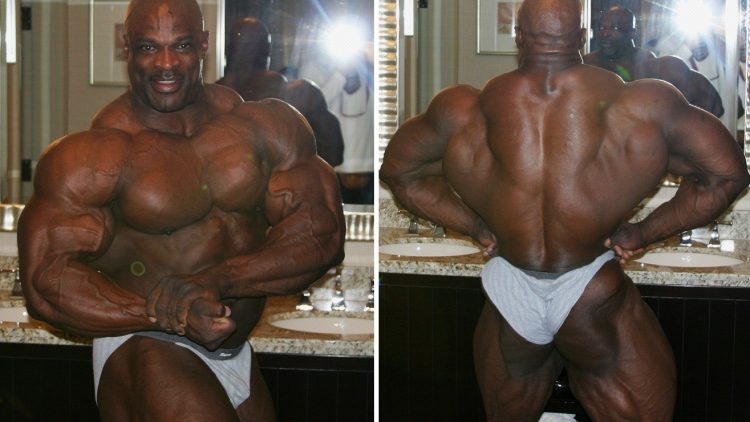 Ronnie Coleman is one of the best bodybuilders, winning eight Olympia championships and dominating the competition for much of his career grants Ronnie Coleman that status alongside Lee Haney, Dorian Yates, and Arnold Schwarzenegger. Bodybuilding is by no means an easy task to take up, even if you’re genetically gifted. But among all the naturally gifted bodybuilders out there, Ronnie Coleman is still in his own class.

Ronnie has always been known for his massive size and strength, he is one of the biggest bodybuilders to ever compete on stage, Coleman was the quintessential mass monster with the kind of physique that made everyone stand up and take notice.

The following Instagram post reminds us just how missive Ronnie Coleman was and still is in the bodybuilding community. The photos show exactly how beastly Ronnie Coleman was and that he truly was a one of a kind bodybuilder. Take a look at the Instagram posting below that not only features the images of Coleman, but also the details of his preparation for the show as well.

“The GREAT Ronnie Coleman at his ALL-TIME heaviest point before ANY contest! It’s hard for me to stay active all year round on social media! I’m good until about October, then I just have to go into hibernation mode for a while! I figured I’d kick off 2018 with a bang! These are never before seen pics of Ronnie Coleman on Thursday evening before the 2004 Mr. Olympia at a weight of 304 pounds – the heaviest weight he ever reached prior to a contest. He ended up stepping on stage around 297 that year. 2004 wasn’t my favorite Ronnie look – my personal favorite is 2003 – but anyone that saw Ronnie in person in 2004 was simply blown away by the amount of sheer muscle he was able to carry on his frame. 2003, I could begin to see the first stages of the back injury becoming visually apparent. During 2004, especially the beginning of the year before we started pushing his weight up, the injury was much more visible. However, the bigger/fuller he became, the less noticeable it was. It was then that we knew we would push his boundaries of size and fullness. Additionally, Ronnie was just that type of athlete – he had set such a high standard in 2003, that he only knew to keep advancing forward; so it was set in stone that 2004 was going to be the year of sheer size and we were going to push to fullness as far as we possibly could. As far as the game plan, we didn’t veer that much from 2003; however, we boosted the carb loading process until he “spilled” – which we actually had trouble doing! LOL – it wasn’t until late Thursday night before the show that he spilled a bit. We did make a few adjustments: we arrived in Vegas on Sunday before the show – usually we give the body a couple of days to get back on track before hitting the carbs; letting the body come back around from the flight, time change, etc., but in 2004 we literally hit the gas the minute we landed in Vegas. His water intake stayed exactly the same through Friday – and then it was cut in half, so he was never limited that much. On Thursday, it’s hard to know exactly the amount of carbs he took in as I had him snacking so much between meals, but I would say it was around 3,000 grams.”

What do you think of King Ronnie Coleman?

Do You Think This Bodybuilder The New Quadzilla?