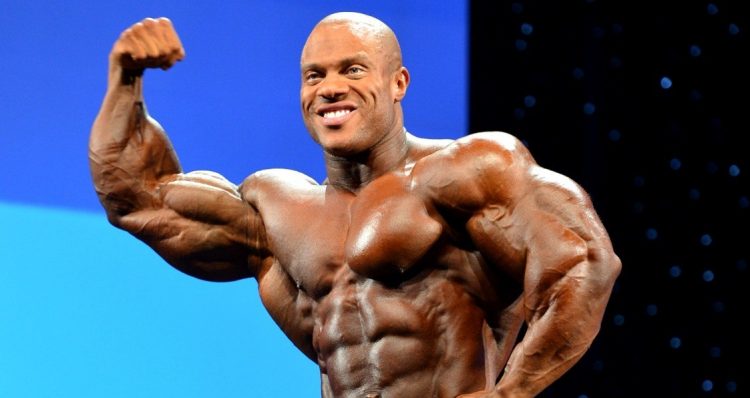 Another muscle growth strategy is lean-gaining, which is the idea that it is possible to gain muscle mass without putting on any body-fat. There are even supplements that are aimed at this concept. There was a big fad in the 90′s were low-calorie mass gainers, and other products claimed to cause muscle growth without providing any excess calories. These products did increase lean muscle mass, but only because they contained creatine. Creatine increases lean body mass via water retention by several pounds.

Lean gaining is usually based around meticulous calorie and nutrient counting and timing, and an obsession with clean eating, without ever actually providing sufficient nutrients to grow at any meaningful rate. When you hear someone say that you can’t put on more than three pounds of muscle in a year, this is who you’re usually talking to. Those who won’t allow even an ounce of fat gain, even if it would be productive. Of course there is the natural bodybuilder who’s been for many years and is near his genetic limit. It’s usually the lean-obsessed individuals who aren’t gaining much muscle year in and year out. I’m guilty of being in this camp, but have been rethinking my strategy of late, which will be covered in the next Muscle Building Strategy article.

The benefits of the lean-gaining approach, are that you get to look great year round. If your goal is contest bodybuilding, or a pro sports career it also means literally no dieting time. If you model or make your living based on your physique, being able to do a photo shoot within a few weeks notice will be financially beneficial as well. This however, tends not to represent the majority of those who try to use the lean-gaining approach.

The simple fact is that a bodybuilder who refuses to gain any fat, and doesn’t put on any muscle between shows won’t be improving year to year. Unless you have perfect symmetry, size and shape, the fear of body fat is definitely preventing you from improving your physique.

Athletes often have to add muscle mass, either to improve strength, power or move up a weight class, and often don’t have very long to do it. Keeping calories too low year round hurts improvements in both mass and strength gains, and even weight class athletes such as Olympic Lifters and Powerlifters usually train at a weight slightly higher than their weight class. Doing so allows them eat more food, train more effectively and make faster gains, and they can drop weight and fat when necessary.

Your body needs a training stimulus that will reap rewards, but also sufficient nutrition. Protein, amino acids and enough calories are required for muscle growth. Staying very lean through lots of cardio, calorie restriction, or both isn’t an ideal method to get stronger and more muscular.

A big drawback to lean-gaining thing is that the meticulous attention to nutrition can make having any type of social life difficult. Bodybuilders in general are usually pretty detailed with their diets and training programs, but worrying about every gram of everything that you eat every day of your life can become detrimental. I’m doing a post shortly on this type of behavior taken too far.

On a typical bulk and cut approach to muscle-building and fat cutting, the low-calorie periods limit or reduce fat gains, while the high-calorie periods support growth and gains. There’s more flexibility, you get to have some feasting periods, but there are some near starvation periods as well. The bulk and cut and lean gaining are two styles of the muscle growth lifestyle that couldn’t be any further apart in methodology from each other.

This brings me to the approach that I have adopted of late. That of course will be in the final installment of the Muscle Building Strategy mini series.