The squat probably has more of a bad reputation than any other strength training movement. I’m referring to the basic barbell back squat in particular. Many will choose the leg press machine instead, blaming the squat on their knee or low back injuries. Others will only perform partial squats, fearing injury if they go too deep. Avoiding injury is always a good thing, but avoiding the squat is not something you should consider if developing a well-rounded and functional body is your goal. If you’ve ever watched the Olympics, you know that some seriously heavy poundage can be squatted from both the front squat, and overhead squat position. If that can be performed safely, then the basic back squat can too.

The facts of the matter are that a properly performed squat is very safe, and has been proven to be numerous times. Regardless of the volume of research available, there still remains a general opinion that squats are the most dangerous exercise for you knees, and back. In this article and the follow-up to this, I’m going to take a closer look at some of the misconceptions surrounding the basic barbell back squat. 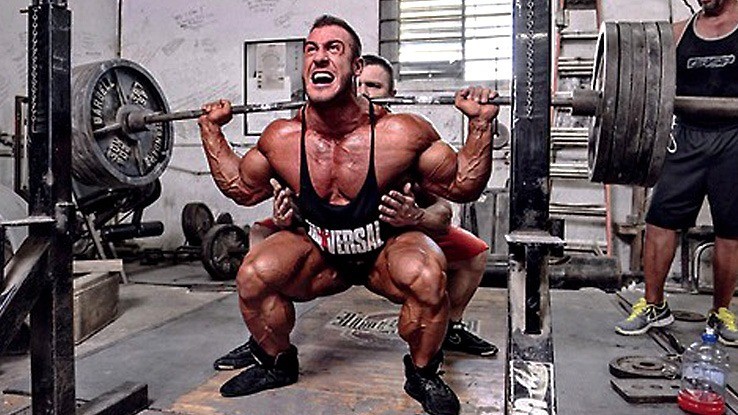 Even though the ability of the knee-joint to provide an average of 140 degrees of flexion, the idea has been constantly bandied about that knee flexion should be limited to 90 degrees during a squat. This myth can be traced back to a single study published in 1961 by Dr. Karl Klein at the University of Texas. Dr. Klein showed that a group of competitive weightlifters displayed greater laxity at the knee-joint than a group of non-lifters, and this prompted the entire argument for never squatting below parallel. The study itself was not particularly sound, as Dr. Klein was seeking to validate his own personal bias against squatting below parallel.

Those that squatted double their body weight to depths of 130 degrees of knee flexion, were shown in studies to have more stable knee joints than individuals who do not squat in one study. Other studies have shown that the knees of those who regularly squat deep are more stable than distance runners and basketball players as well. In one study of female volleyball players, researchers concluded that there was no statistically significant increase in peak forces at the knee when squatting to depths of 70, 90, and 110 degrees of knee flexion. In another study, results showed that forces on the ACL are reduced as the knee is flexed beyond 60 degrees, and forces on the PCL are reduced as the knee flexes past 120 degrees. Further studies show that squatting over twice body weight can cause shearing forces on the knee that approximate only 25 percent of the maximal tensile strength of the ACL, and 50 percent of the maximum strength of the PCL.

Obviously, this doesn’t mean that just anyone should attempt to squat with a load equaling twice their body weight on their back. This does however, very clearly demonstrate what the human knee is capable of. The important point to remember is that forces on the knee are actually reduced as squatting depth progresses beyond parallel. The question then becomes, how deep should you go when squatting?

When you are able to squat below parallel, which means that the crease at the top of your hips is below the top of your knees, you then at that point should only squat as deep as you can without losing form. If your lower back starts to round, that’s your stopping point. If you are currently unable squat below parallel without rounding your lower back, then don’t increase the weight you are using until you can.

The stance that you use to squat is also important when squatting below parallel.

You need utilize a stance that allows you to squat between your legs and not on top of them. When deep squatting, pressing the hips directly against the calves under a heavy load can create a dislocating effect on the knee.

Squatting below parallel has the additional benefit of significantly increased activation of the gluteal muscles. The deeper you squat, the greater the glute activation. Whether you’re seeking to improve your performance or your appearance, you’re not doing yourself any favors by leaving the glutes out of the picture.

Body Mechanics: The Pull-Up and Chin Up

Lighter Side: I Eat So Much Chicken, I’m Starting to Grow Feathers

Ask any lifter at your local gym and they will tell you if bigger legs are on the agenda, then...

As almost every exerciser knows, squats are one of the most essential exercises you can do. Squats work your entire...

Thomas Steven Platz was one of the most famous bodybuilders of the 1980s. An IFBB professional, he competed in seven...

There is absolutely nothing wrong with following a pre-designed strength, fat loss, and bodybuilding program. However, you may get better...