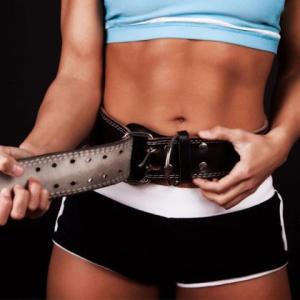 Last week I brought you an article about lifting straps and whether or not you may want to include them in your lifting routine. Going along the same lines this week I’m going to shift the focus to weight lifting belts. Hopefully by the end of this article you’ll be able to determine if they are something you want to utilize in your lifting routine and why.

This topic in particular was fun for me to research and write about because I didn’t have a bias supporting or dismissing the use of weight belts going into it. I’ve never been one to use them personally, but have often wondered if they are something I should use other than to simply hold the weight while doing weighted dips. So without further ado, let’s talk weight lifting belts!

People use weight lifting belts for various reasons. Some of the more common reasons are as a method to prevent injury, to help lift more weight, prior injury, or to maintain proper form. Unfortunately for the most part these are incorrect reasons to use a belt. Most people seem to think the belt supports your back, but the truth of the matter is it’s actually designed to increase intra-abdominal pressure, which stabilizes your entire midsection.

What frequent belt wearing can do is actually take away from the core strength you would normally get from lifts like squats and deadlifts. Your abdominals won’t fire as hard if you have a belt to support your movements, so if you use a belt too frequently your core strength will likely suffer. This could not only lead to muscle imbalances but also injury. A belt does support your spine, but you know what else supports your spine? Your core. We all have what you could call an “inner weight lifting belt.” That would be your abdominals in the front, your obliques on the sides, and erector spinae in the back for starters. 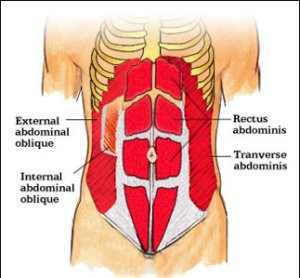 There is also your transverse abdominis which literally wraps around your mid section and provides great stability by compressing your abdominal contents exactly as a weight  belt does. Building a strong core and for most lifts should be all you need for support.

The other problem with belts is it tends to give people a false sense of security. In fact a study done by McCoy and colleagues in 1988 found that subjects who were allowed to select their own amount of weight with and without a belt tended to increase the amount of weight by 19% when utilizing a belt. This is a real cause for concern since being able to lift more weight isn’t the real reason to wear a belt and is dangerous. The real reason to use a belt is it will assist in creating extra intra-abdominal pressure and stabilize the torso to prevent buckling of the lumbar spine.

To further add to the problems with using a belt to attempt lifting more weight, Professor Stuart McGill who specializes in lower back functions, claims that injuries that are sustained while wearing a belt tend to be worse than injuries without wearing one. McGill and colleagues also did a study in 1990 that showed weight lifting belt usage showed no difference in lower back/abdominal muscle activity than those not utilizing belts. Also in 1995 Reyna and colleagues as well as Ciriello and Snook both showed that belts provided no reduction in fatigue or loading of the lower back extensors with belt use. From this it would stand to reason that your lower back muscles are firing the same with or without a belt.

So far I haven’t said a lot of nice things about belts have I? Is it safe for you to assume I’m completely against them and think they have no use in the gym? Not so fast, I do think they can have a place, occasionally. In 2001 Zink et al. conducted a study looking at the effect of a weight belt on trunk and leg muscle activity and joint kinematics during the squat exercise. Subjects were randomly assigned to complete 1 rep at 90% of their 1 rep max with or without a weight lifting belt. Results of the study showed no significant difference in muscle activity between the two conditions. It did, however, find subjects had greater bar-speed in the downward and upward portion of the lift for the weight belt wearing group over the non weight belt wearing group. 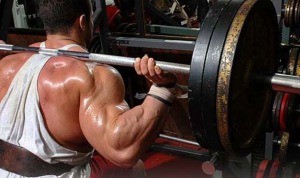 I believe this shows that weight lifting belts may be a good idea when you are lifting extremely heavy weights, or about 90% of your 1 rep max or greater. Perhaps even80-85% for the less experienced lifter. In these situations the extra stabilization of your core can help you to maintain greater control. Since the belt will in fact create superior abdominal activation, I feel like under such conditions it will help. You just have to realize this is achieved simply by adding stability to your trunk musculature. There is a greater need for safety (not that it isn’t always important to be safe) under extremely heavy loads and the belt can give you just that.

So to recap I don’t recommend wearing a belt for most lifts. If a belt is used too frequently you are likely to cause core weakness, and also increase your chances of injury. It also has a tendency to give lifters a false sense of “invincibility.” On days when you are going very heavy, it can help serve as a reminder to keep proper form when it matters more than ever. Even still I wouldn’t use it with every heavy lift. It does not appear, however, to lessen your chance of injury other than perhaps by reminding you to keep proper form.