Anne Veriato started her Mixed Martial Arts career looking to fight and beat men and has just notched her first win on Saturday. Before switching to MMA, Veriato was an accomplished jiu-jitsu practitioner and it was those skills she leaned on to take a hard-fought win. 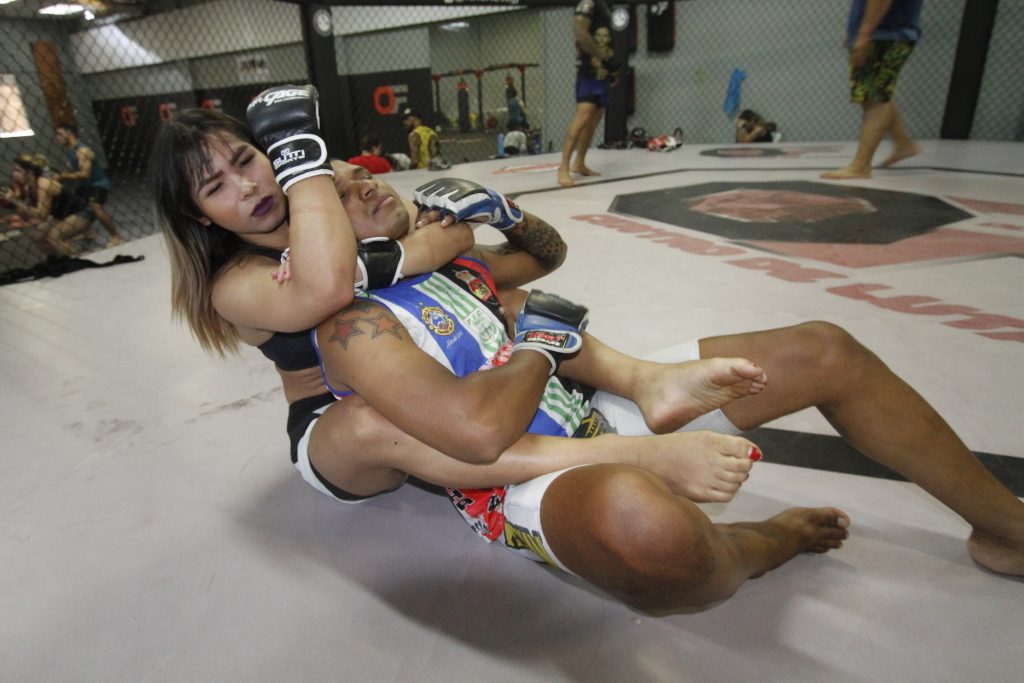 In the fight, Veriato spent most of the time working on submissions on the ground, going for triangle chokes and armbars on multiple occasions, but Paixao was able to escape those attempts.

Paixao kept things dangerous connected good shots while they were on the feet, but once on the ground, Veriato was aggressive with a number of submission attempts that led to the judges giving her the first MMA success of her now 1-0 career.

Watch the full fight below:

Before the fight, Veriato told MMA Fighting why she wanted to compete against men instead of women.

”It’s only fair to fight men. It never crossed my mind to fight a woman because I think I’m too good. If I beat men my entire career, I can still beat them despite the hormone process. I only know that I’m good after I beat men. That’s what makes me happy and hungrier to train. I don’t think it’s fair to fight women.”

“Since we do hormonal therapy to become more feminine, the male hormone starts to disappear and don’t come back anymore after a while. I didn’t have the same strength in the gym after that, so that’s why I train so hard to be strong enough to fight men. I feel the difference in strength, and that’s why I work hard.”

The hard work paid off, and Anne Veriato can take the win along with the distinction of being a transgender pioneer in mixed martial arts history.