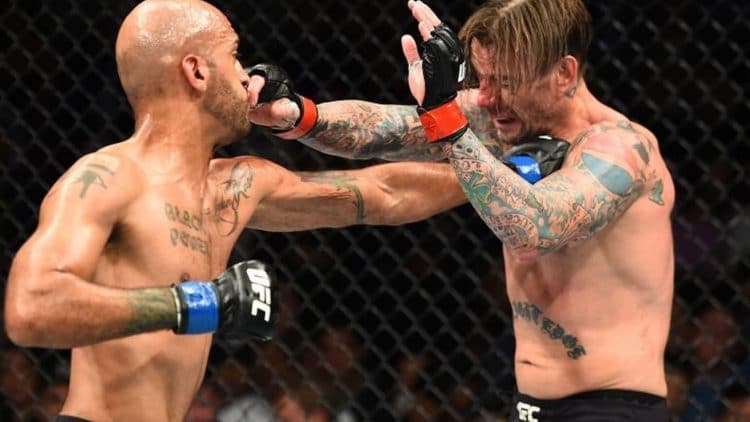 CM Punk just lost to Mike Jackson on the UFC 225

CM Punk loses his return fight against Mike Jackson via unanimous decision and now dropped to 0-2 in his UFC career.

The opening round was a bit of amateur from both fighters. Punk secured his first ever UFC takedown and had the support of a hometown crowd behind him.

In the second round, Punkn showed lack of experience and technique was outclassed by Jackson, who remains dominated and hurled heavy blows to his face.

In the third round, CM Punk seems gassed out with, Jackson was seemingly in full control, Punk was hit with a left hand and flopped to his back, Jackson wasn’t in rush to finish, allowed Punk to get back up on feet. jackson hurled a jab and right hand. Punk tried for a kneebar but failed to apply. Jackson controlled the final five minutes and won by decision.

CM Punks last outing was at UFC 203 against Mickey Gall, which he lost via first-round submissions.

Check out the action below:

ON THE ATTACK!@CMPunk shows the aggression early on PPV. #UFC225 pic.twitter.com/uV75aycNkd

CM Punk experiment appears to be over for the UFC! Former WWE superstar CM Punk and Mike Jackson opened the...

Robert Whittaker scores a split decision victory in a highly entertaining war with Yoel Romero In the main headliner of...