Holly Holm was too good for Megan Anderson.

The former bantamweight champion fighter Holly Holm totally dominated Megan Anderson on the ground to earn a win by unanimous decision at the UFC 225.

Holly Holm outclassed the Megan Anderson, utilizing her grappling to dominate the UFC’s newcomer. Anderson put the pressure on early, but Holm quickly slowed her down with her clinch work, takedown, and top control.

Holm scored an early takedown in the second round, and kept it, and landing some pretty big shots from the top. Anderson really struggled throughout the fight to gain control of Holm.

In the 2nd round, Holm was able to force Anderson up against the cage early on before putting Anderson on her back again. Holm mostly worked a Kimora attack with one arm and landed punches with the other. It was quite clear that Holm was the better grappler of the two.

Around 30 seconds into the final round, Holm went for another takedown but settled for shoving Anderson up against the cage. Holm scored a judo throw. Anderson was able to get back to her feet. Yet another takedown was there for Holm. Holm moved into full mount and dominated Anderson on the ground.

What a showing for @HollyHolm! #UFC225 pic.twitter.com/u6kBERWGUG

The final horn sounded with Holm going for a guillotine choke.

The backflip is back! @HollyHolm #UFC225 pic.twitter.com/ZJzcbceT0R

All three judges scored the bout for Holm.

Do you want to see @HollyHolm return to the bantamweight division? #UFC225 pic.twitter.com/9gU27kgjX3

Plenty of fight time left, but you have to admire Holm's commitment to getting better as a wrestler and grappler.

What a competitor. What an athlete.

Holly Holm overcame a massive size disadvantage, totally switched up her style on the fly, and utterly dominated Megan Anderson. That was impressive. #UFC225 https://t.co/II3RJGONWH 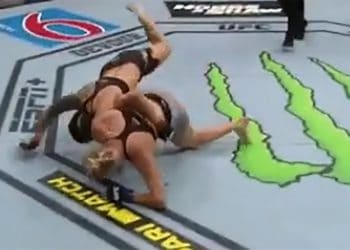 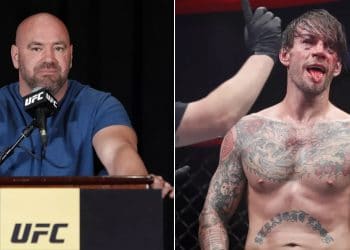 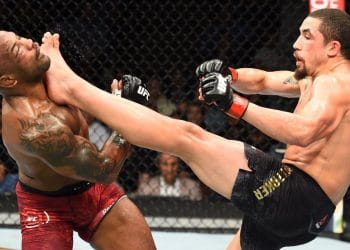 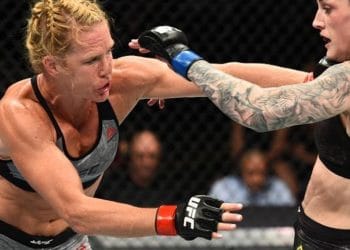 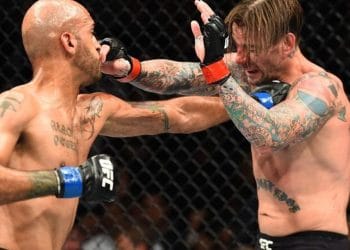 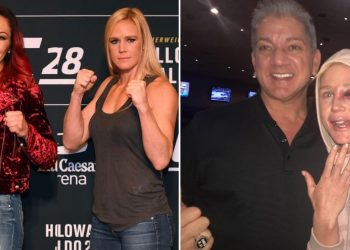