Charles Poliquin Has Passed Away At 57 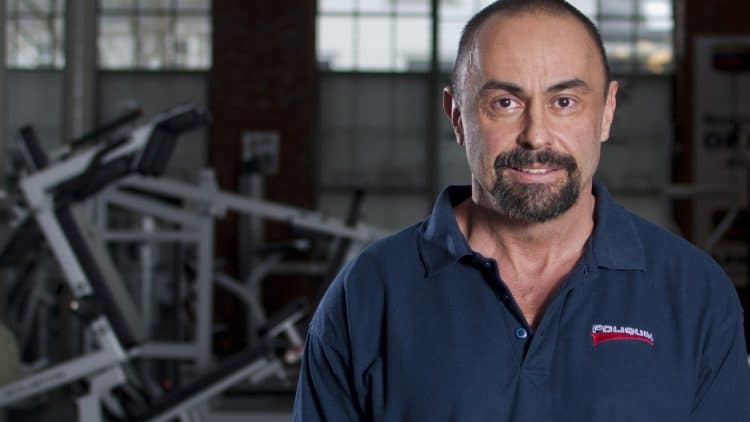 The world-renowned Canadian strength coach Charles Poliquin has unexpectedly passed away at age of 57. Charles died apparently from a heart attack last night and the official announcement was made on his social media earlier today.

Its an extremely sad and unexpected news for the strength training and bodybuilding communities. In his professional career, Charles trained countless Olympic medalists and professional athletes, his training methods were widely replicate and followed by many clients, coaches, trainers, and readers. Check out the announcement below:

“It is with a heavy heart that the Poliquin family from Ottawa announces the sudden passing of their brother Charles, a strength trainer much esteemed in his community.

He was 57 years old. He leaves behind his daughter Krystal, his brothers Michel, Daniel and Louis, his beloved sisters, Isabelle and Stéphanie as well as a countless number of friends. A celebration of his life will take place.

Details on the event will be shared in the next few days.”

It is with a heavy heart that the Poliquin family from Ottawa announces the sudden passing of their brother Charles, a strength trainer much esteemed in his community. He was 57 years old. He leaves behind his… https://t.co/uRQnutFILA

Interestingly, “Hard Times,” a 1975 film featuring Charles Bronson, that inspired Poliquin to start a strength training. He was so impressed by Bronson’s muscular arms, that gave him a reason what he has to do moving forward with his life.

He is worldwide known for constructing faster and stronger athletes. While Poliquin was a graduate student, he started working as a strength coach, trained athletes of various disciplines and began numerous coaching institutes around the country. In the late 90s, he created Poliquin Performance center, where he spent years teaching coaches around the world so they can produce world-class athletes as well become an author to over half a dozen books. During his time as a coach, Charles certified coaches in the Poliquin International Certification Program.

Charles goal and hunger lead to produce hundreds of medals and win. He trained athletes in over 17 different sports including, the NHL, NFL, speed skaters, long jumpers and much more. He is known for popularizing German Volume Training as well as the athletic benefits of hypertrophy.

As the news of Charles R. Poliquin death spread like wildfire across the country, various figureheads offer their condolences including Ed Coan, notably considered one of the best powerlifters of all time.

I’m extremely sad to announce the passing of my friend, Charles Poliquin! He has left an incredible mark on my soul! Treated me like a true friend and equal, even though he was way smarter. His friendship stays with forever. God Bless!!

Team Fitnessvolt extend out the sincerest condolences to his family and loved one and the entire strength community. Rest in peace, Mr. Poliquin.