Early in the fight, Conor McGregor landed a nice shot but then Nurmagomedov snuck his ankle and wrestled the Conor to the ground within the first minute. Khabib controls his position against the cage and locking Conor’s legs so he can’t get to his feet most of the 1st round.

In the 2nd round, Conor attempts some unorthodox striking to get Khabib to make some mistakes. But Khabib lands a huge right hand that puts McGregor in trouble. Khabib rushes for the ground and pounds but  Conor stops him by landing a flying knee. Khabib picks up Conor put him in the ground in a big takedown attempt. Conor is getting smashed.

In the 3rd round, Conor starts outboxing Khabib and lands a front kick followed by a left hand a knee. Khabib stops Conor and lands a big right hand of his own and again Khabib takes Conor down but stands up quickly

In the 4th round, Conor starts with a jabbing and front kick followed by a right hand. Khabib goes for the takedown and mounting Conor and smashes him with ground and pound and then Khabib transitions to back control and submits Conor.

Khabib Nurmagomedov defeats Conor McGregor via submission (RNC) at 3:03 of round four

Watch the Conor McGregor vs Khabib Nurmagomedov highlights below: 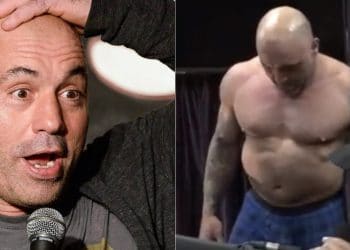