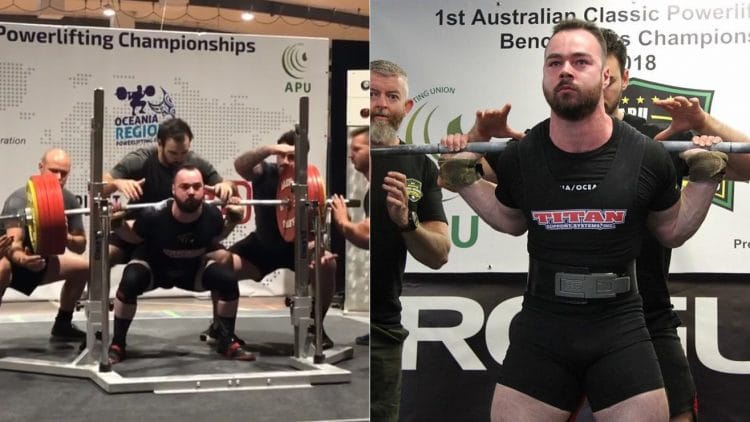 I will never not be impressed with Powerlifting and Powerlifters. The weight they pull is something I can’t even comprehend let alone lift. Such is the case with Aussie’s own Nathan Tanis. He competes in the 83 kg weight class and just squatted 305 kg (which, according to my math skills is 3,67 times his body weight) for a new world record under IPF rules.

However, just like in any other sport, there’s a whole line of guys waiting to take you off the throne and powerlifting is no different. Russel Orhi, fellow powerlifter, hit a 301,5 kg squat in September(a world record at the time) a 783.5 kg total in June. Which as you can see is a bigger total than Tani’s total. So it’s pretty safe to say that we got ourselves a friendly rivalry on hand between two extremely strong.