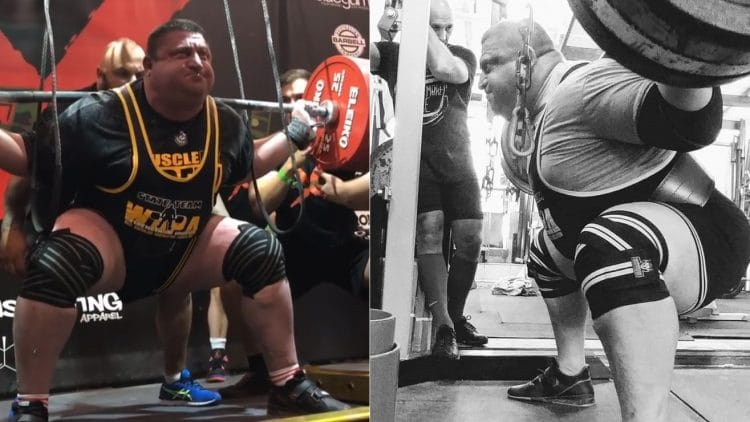 It’s only the beginning for the record-breaking Russian powerlifter as he continues to climb past his incredible feats of strength.

Vlad Alhazov is no stranger to performing amazing feats of strength. A significant injury years ago couldn’t stop him from surpassing his (And everyone else’s) expectations, and Alzahov has not failed to impress with his record-breaking squats.

Recently, Alhazov posted a video on his Instagram of him squatting an unworldly amount of weight… 525kg/1,157 lbs to be exact.

The Russian powerlifter’s squat can be described as nothing less than incredible, considering he almost had a career-ending injury ten years ago when he attempted a 590kg squat. The injury required a full knee replacement, and what’s even more impressive… is that in 2017 (Nearly ten years after his knee replacement) he squatted a world record 500kg/1,102 lbs; which still stands as the heaviest ever in competition (With knee wraps) for super heavyweights.

Vlad Alhazov has surprisingly squatted (With knee wraps) even more weight (532.5kg/1,174 lbs) than his current recorded squat in a video which surfaced; however, it was while he was training.

Alhazov did perform an official record squat of 505kg/1,113 lbs in the ProRaw powerlifting exhibition in Australia at the Arnold Sports Festival; however, exhibitions don’t count toward official records. This would have been his best recorded squat as of currently.

So what’s the future looking like for Vlad Alhazov? Well, he’s breaking records and seems to only be getting better by the day, so we shall see if the Russian phenom will make history in the world of powerlifting.

HOLY HELL! I have no idea where to start with this. First off, Alhazov makes this weight look terrifyingly easy. No...