Tyson Fury: ‘I’m Not Interested In Becoming A Millionaire Or A Billionaire.’

The highly anticipated WBC heavyweight title fight didn’t end the way most boxing fans thought it’d. Both classic fighters entered into this contest with an undefeated professional record. Deontay Wilder and Tyson Fury both battled out for all 12 rounds which went down last night (Dec 1, 2018) from inside Staples Center in Los Angeles, California.

For a majority of the fight Fury dominated Wilder. ‘The Gypsy King’ made “The Bronze Bomber” look like an amateur, landed the more significant shots and stayed on the top of the scorecard. Wilder worked back and punished Fury in the eighth frame by getting him behind the ear, dropped Fury down, but the Englishman immediately regained consciousness.

Fury continued his onslaught in the 11th round throwing hooks to the body. Wilder got the best of ‘Gypsy King’ in the final frame and 12th round by beating Fury out with a powerful combination of both left and right hand. Fury lost his consciousness for few seconds before shaking it off and stand back on his feet.

No question this epic fight sure delivered the fireworks last night, but the final result was a split-decision draw.

At the conclusion of the fight, Fury realized no need to get angry at being denied victory by judges. But he took home $10 million for his efforts. However, he doesn’t plan on keeping all of it.

“I’m going to give it to the poor and I’m going to build homes for the homeless,” Fury said (via The Mirror). “I don’t really have much use for it, I’m not interested in becoming a millionaire or a billionaire. I’m a boxer not a businessman and I’ll probably go down the same route as every other boxer – skint at the end of it all.

“You can’t take it with you so I might as well do something with it and help out people who can’t help themselves.”

Fury was at the height of his career when he got involved in drugs, alcohol addiction and depression. It made him contemplating suicide and cost him his titles. ‘Gypsy King’ had coped with his weight, injuries, and substance abuse. Fury was out of boxing scene for nearly 2½ years, wrecking a proposed rematch with Klitschko. However, he took the treatment and returned to the ring again.

Fury knows how he has overcome all those issues, so he insisted he’d want to help homeless and poor people.

“When I go home I’m going to build some homes for the homeless and set up some funds for drug addicts and alcoholics,” he said. “I was always going to do it but being here (in California) gives me that extra push to go and do it even more.

It has really opened my eyes to a lot of things and I’m leaving as a better person.”

“There are a lot of homeless people on the streets here, more than I’ve ever seen ever in my life. I’m staying in downtown LA but if you go five minutes down the road there’s like – I don’t know – thousands of homeless people.

“I’m just an outsider with an opinion but it’s a situation that is happening all over the world, especially in the UK as well.”

Fury who’s a father to four and of course a provider to his family, but ‘Gypsy King’ said his kids wouldn’t live off his millions. Instead, they have to work hard to earn the fortune, just like him.

“My kids have to make their own living and make their own way in life; they won’t be living off my name or reputation because that’s too easy a route,” he said. “You see many of these rich people’s kids doing nothing because they had it too easy.

This was such a heart melting act from Tyson fury to donate his entire fight purse to help poor. 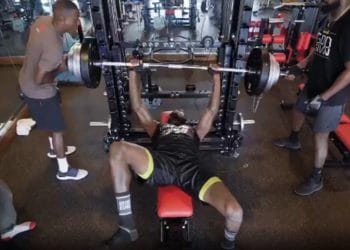 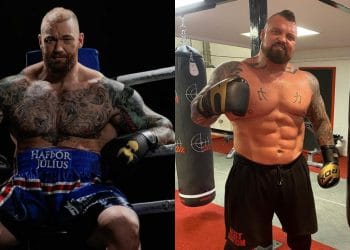