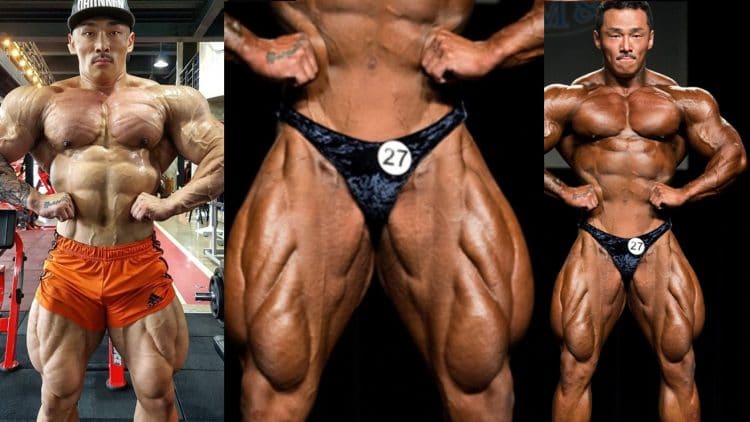 Holy quads… the South Korean IFBB Pro has leg development that is off the charts. We’ve seen some pretty impressive wheels in bodybuilding but it just keeps getting better! Recently, IFBB Pro Branch Chen was in a conversation about possibly being the next “Quadzilla” (Like Tom Platz) but Nameun Cho is right up there as well.

Cho is still young in the bodybuilding scene so it’s crazy to think his leg development could become even more impressive.

Some names which come to mind when we think of huge legs are Tom Platz and Big Ramy. However, there’s always room to add another bodybuilder into the conversation.

So how do these men develop such massive and ripped quads? Is it hard work or is it genetics? It’s definitely both, however, there are people who are just blessed with superior body parts. For instance, Phil Heath is blessed with the best arms in the game and there are few who would argue.

Nameun Cho was fortunate to have the ability to grow such massive wheels. He knew how to utilize his strengths, and work hard to develop such comic-book like quads. Don’t let the focus of his legs distract you from the fact he has incredible upper body development as well because he does.

He is an IFBB Pro after all…

Now, will he be in the same conversation as Tom Platz?… well, he is for the moment but there’s a lot of competition and pretty impressive physiques out there.

For now, though, we’ll appreciate Nameun Cho for his superior quads.

Enhance Your Strength And Gains By Combining Powerlifting & Bodybuilding