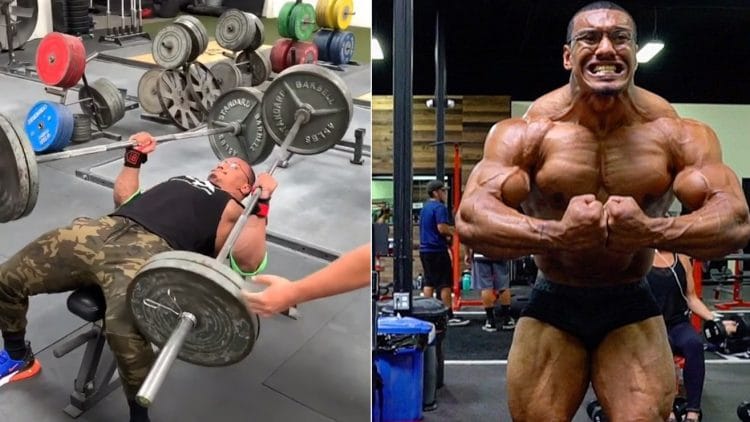 Wheels’ blows us away yet again!

“What the?”… is what you’d think when you watch Larry Wheels bench press two 225 pound barbells. As if his superhuman strength wasn’t already incredibly unbelievable, he goes and does something crazy like this.

At least he had wrist and knee wraps on, so he wasn’t totally wreckless…

Now, Wheels is no stranger to performing unworldly feats of strength, so it’s no surprise he wanted to “raise the bar” (Pun intended) with this creative way of showing off his power. He bench pressed 225 with one arm recently, which was very impressive as well but he decided to take a notch and who could blame him (He’s capable).

Larry Wheels has come so far and has accomplished so much at such a young age, and we hope to see so much more of him. He competed in and won his first amateur bodybuilding show and he also competed at the NPC Nationals at age 23.

Who could say they’ve done this much at that age? Not many people.

Although he has a long way to go before he can win big shows in bodybuilding, he has improved greatly and obviously has the determination and work ethic to compete with the best. However, we don’t know what the future holds for Larry Wheels but he hopes it only gets better (It should at the rate he’s going).

Best of Birthday wished to a humble and incredible athlete!

Larry "Wheels" Williams is known for his almost incomparable power and when he decides to fully isolate and focus on...