Phil Heath Believed He Was Not the “hype” Going Into the 2018 Mr. Olympia” 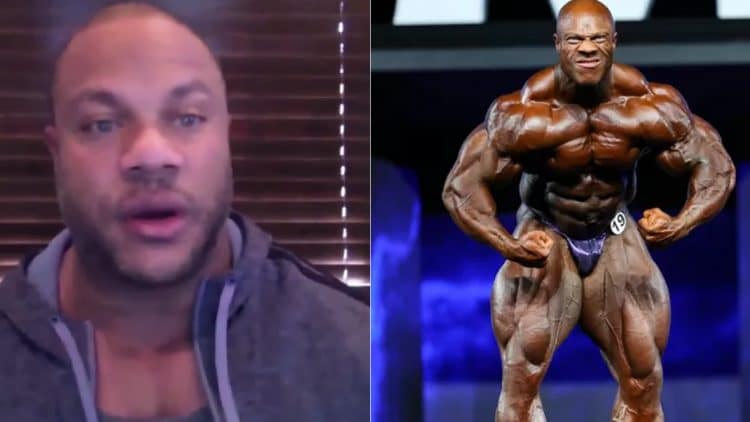 There was no hype for the 7x champion last year and could we see a possible collaboration with Kai Greene soon?

Mr. Olympia is the most prestigious competition in bodybuilding, so why was Phil Heath not hyped up for 2018? After all, he could have tied Ronnie Coleman and Lee Haney for eight Olympia wins.

Well, Heath explained in an interview that he wasn’t sponsored by anyone so therefore he wasn’t promoted either. Phil Heath interviewed with “Muscular Development” about several topics, and when it came to the subject of “hype” for 2018, Phil had a lot to say.

It’s true that there was no hype for Heath to win Mr. Olympia for an eight time, and he made the following statement, to sum up how he felt in regards to being promoted…

“People will kind of take their hands off and say, well you’ve got three million followers Phil, you just do the promoting”.

Whether or not this made a difference in Phil’s placing, there should have been a lot of promoting for Phil this year, especially when he was one win away from making history.

Anyway, that’s done and over with and new things are in the making…

“I had a conversation with Kai Greene, actually on the phone”… “He is a very good man”.

Heath discussed both him and Greene using their platforms to collaborate and accomplish great things together. There’s no doubt it would be a successful venture as both know the sport and the business extremely well.

Also, the possibility of Kai Greene competing again would do wonders for their collaboration. But will he compete in 2019? As of now, it’s not a sure thing.

Another topic Heath voiced his opinion on was the people’s Champion Award and he did not seem pleased with how the voting was done. Roelly Winklaar won the award but was it justified? Not according to Heath as he believed there was no way of knowing who really deserved to win the award due to no regulation over voting.

Now, the question everyone has wanted to know the answer to is, will Phil Heath Compete in 2019?

During the video interview with Muscular Development, Phil made it obvious that things may never be the same regarding him competing…

Heath didn’t seem too enthusiastic about having a reason to return at this point, other than to make himself happy. Although he appreciates his fans, he implied that the Olympia organization “wants” a certain champion in that number one spot.  It’s no secret that it has been this way for a while now, hence the reason why many competitors would never step on stage again.

“I need to figure out what is it that they really want”.

This statement from Heath made his uncertainty pretty apparent, and he will have a lot of figuring out to do before 2019.

Phil Heath didn’t dance around the question of whether he’d compete in 2019 … “The answer right now is no”. However, he did quickly follow that statement with a “wait”…“I’m still in 2018”. Implying that there’s still a possibility of his return.

“The biggest thing is to make sure is I’m one hundred percent healthy”.

Don’t count Phil Heath out just yet because if he can pull himself together for next year, he could make a serious comeback and possibly win an eight Sandow trophy.

Hopefully, we will see great things from Phil Heath in 2019!