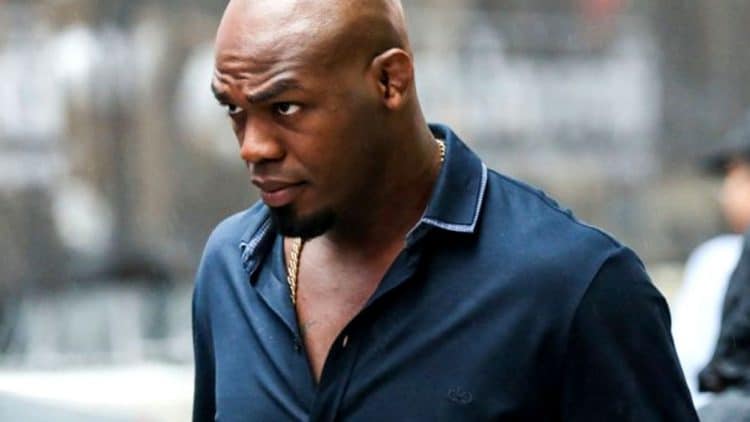 According to a report from MMAjunkie, Jones drug test found a trace amount of metabolite of oral Turinabol as it’s the same drug Jones tested positive for UFC 214 last year.

This ‘atypical finding’ doesn’t represent that ‘Bones’ failed his drug test. According to UFC VP of Athlete Health and Performance, Jeff Novitzky said the minor traces on Jones’s drug test is likely the results of “pulsing” and not from his recent ingestion of the banned substance. Jeff also said the amount of Turinabol found in Jones system is equivalent to picogram.

“A picogram is a one-trillionth of a gram,” Novitzky told MMAjunkie. “If you put one grain of salt on the table and split it up into 50 million pieces, a picogram is one of those pieces of that gram of salt. These levels have shown up in the single and double digits of picograms – so such a small amount.”

“There’s been no violation of the anti-doping program,” Novitzky added. “He’s been cleared to fight in terms of the USADA program. … USADA fully analyzed it internally. They reached out to outside experts from around the world. They reached out to another sports league that has seen the same issue. And all of them, independent of us, determined that this was not a reingestion of the substance and this very, very small amount that was occurring and still showing up, according to these expects from around the world, did not provide any performance-enhancing benefit.

“Not much is known about this longterm metabolite. The parent compound is not approved for human use anywhere in the world … but what both USADA and other entities are seeing is that a recurrence, or potential ‘pulsing,’ where you have multiple negative tests and then a positive one for a very low amount – they’re seeing that quite commonly over time. And no one knows how long this could last – it could potentially last forever (in Jones’ system).”

According to a statement from Nevada State Athletic Commission (NSAC), Jones should withdraw his license application to fight in Nevada.

A report from MMAFighting, UFC will move forward with Jones vs. Alexander Gustafsson title fight as UFC 232 moves to LA. Also, the (CSAC) has already granted former champion his fight license.

“We’ve got a statement from three different scientists, from the [WADA-accredited] lab director [at SMRTL in Salt Lake City] saying there’s no evidence of any new ingestion,” Foster said. “This isn’t a new thing. This is what he’s been punished for already. He’s already served his time on this.”

“There’s no bigger (expletive)-up in the history of the UFC than Jon Jones,” White said. “Let’s be honest, OK? When you have a guy that’s like Jon Jones, how many people do you really think are going to put their reputation, the UFC’s reputation, the California State Athletic Commission’s reputation, Jeff Novitzky’s reputation, USADA’s reputation – the list goes on and on – on the line for a guy who has (expletive) up as much as Jon Jones? Everybody here and everybody I just mentioned 100 percent believes Jon Jones is innocent.”

“You know I’m not afraid to cancel a fight,” White said. “I’m not going to move a whole (expletive) event to Los Angeles because we need Jon Jones to fight on Saturday because money, or we need … none of that (expletive). Jon Jones has trained for this fight. Gustafsson has trained for this fight. This fight needs to happen in this division. This fight should happen, and it’s going to happen because he didn’t do anything wrong.”

Check below how fighters react to this news:

If true. It is insanity https://t.co/5K6rQbYILn

How the fuck has Jones tested positive again ?? We need answers ASAP !!

“If Santa can travel the world in one night you goofs can pony up for a 4 hour drive to LA. Merry fuckin Christmas.” -Dana White #UFC232

Meanwhile back at my air bnb in Vegas…. #ufc232 pic.twitter.com/9mDZvMEcoP

USADA is a joke. Small trace amount from 2017 trigged a positive test? UFC has to move the entire event from Vegas to LA due to “holidays” for NASC. Oh cool. Nothing fishy AT ALL. 🤷🏽‍♂️😂😂😂 https://t.co/xJ5OaAUZbn

Thought they had to go through 6 months of clean test before they could compete.? Is this his first test this close to the fight since suspension was lifted..? Fishy Fishy..🐠🐠🐠🐠🐠 I’ve always said, when someone paying your paycheck, they make the decision on who gets busted https://t.co/lGkl3Pp6Ni

My supps are made in USA. I have a great supplement sponsor @HPNSupps which uses only the best ingredients & is 3rd party tested to be certified safe for sport. Jon Jones is a fucking champion & millionaire, any "tainted" supplement isnt an excuse or an accident at this point. 🤦‍♂️ https://t.co/rtbJtlrpFi

Can I have some of Jon Jones purse though as reimbursement to the family that I have flying down to Vegas and the hotels booked ? @ufc

17 picograms of ostarine got me 2 years.

Unbelievable n totally not unbelievable. It's not hard to be a clean athlete. A fun week of media ahead for sure. Don't waste ur time with this guy champ champ @dc_mma. Cash out with the other juicer n enjoy the good life. The cleanest n most dominant team in history #AKA @akajav pic.twitter.com/QAdkfNAN1D

What the fuck just happened!? #UFC232

Or maybe a fighter on the card that had to find out through the internet… https://t.co/qNmwMdFSlN

I can’t imagine moving this entire event. All the flights, hotel rooms, fans, media that have already been arranged….crazy https://t.co/c39JLnfY42

Why am I not surprised… pic.twitter.com/JTmmDOXFsc