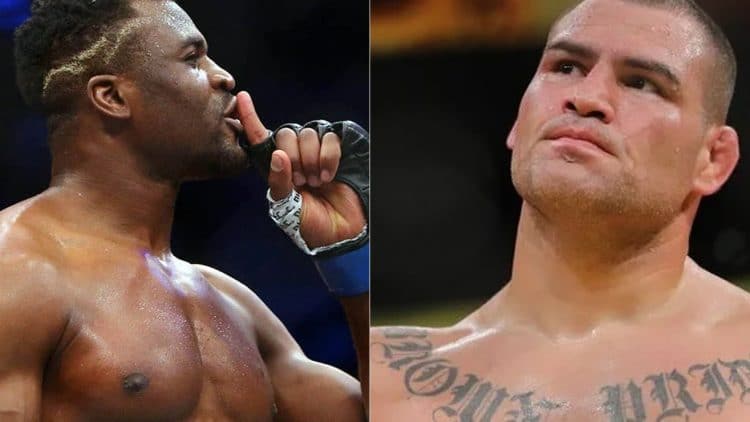 This Friday ESPN’s Brett Okamoto confirmed the matchup after having a word with UFC head honcho Dana White.

Cain Velasquez last fought inside the Octagon at UFC 200 in July of 2016, where he scored a win over Travis Browne via first-round knockout. Before that, Velasquez lost his heavyweight title to Fabricio Werdum after “Vai Cavalo” submitted him via (guillotine choke) at UFC 188 back in June of 2015.

American Kickboxing Academy product Velasquez is considered one of the greatest heavyweights of all time. He struggled to remain active; however, a multitude of injuries limited his appearance inside the Octagon. Currently he also a new four-fight contract with the promotion.

Ngannou (12-3) snapped two-fight losing streak when he scored a vicious 45-second knockout win over Curtis Blaydes in the main event of UFC Beijing on Nov. 24. After his lackluster performance against Derrick Lewis at UFC 226, fans were beginning to question whether a native of Cameroon had lost his mojo, but ‘The Predator’ proved everyone wrong when he knockout Blaydes.

Share your thought between Velasquez and Ngannou who’ll come out victorious?

The main event of the UFC on ESPN 1 brought a very interesting Heavyweight fight. The all-time best Cameroonian mixed...