Kobi Ifrach, 20-year-old was named Mr. Universe in the junior division, he becomes one of the best Israeli bodybuilders in history by winning the contest’s junior category.

Kobi Ifrach was declared Mr. Universe on Sunday in the under-22 junior division, in an international tournament held in Birmingham, England. The event has been organized annually for 67 years by the National Amateur BodyBuilders’ Association (NABBA).

“It is an amazing feeling to wrap myself in the Israeli flag. I came from such a small country and became the center of attention. This is unprecedented!” an excited Ifrach told the Hebrew-language daily Yedioth Aharonoth after his win.

Ifrach told the Israeli daily that he has been training “24 hours a day for many years and the secret to bodybuilding is to get along with everyone.”

Kobi Ifrach is the brother of Eli Hanna a famous Israeli bodybuilder who won the Mr. Universe title 3 times in the “Tall” category but was never able to finish first in the overall contest. He held the Israeli Mr. Universe title for 10 consecutive years, until his brother took it from him in 2013. 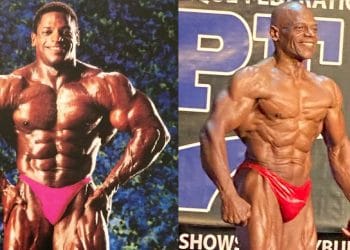