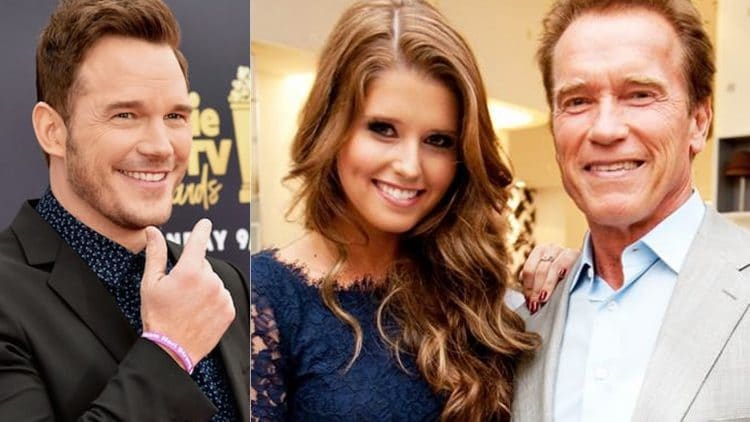 It only took one word (Yes!) to make the engagement between Chris Pratt (39) and Katherine Schwarzenegger (29) official. The two expressed their true love for each other publicly after Pratt announced the good news via Instagram…

“Sweet Katherine, so happy you said yes! I’m thrilled to be marrying you. Proud to live boldly in faith with you. Here we go!”

The picture shows the two intimately holding each other, where you can clearly see the engagement ring on Schwarzenegger’s finger.

Katherine Schwarzenegger then posted a response via her Twitter…

“My sweet love. Wouldn’t want to live this life with anyone but you”.

My sweet love. Wouldn’t want to live this life with anyone but you ♥️💍 https://t.co/Ylm81Xl5Kn

A-List actor Chris Pratt has been dating the daughter of Arnold Schwarzenegger and journalist Maria Shriver since June of 2018 and things have progressed pretty quickly, to say the least! The Guardians of the Galaxy star wasted little time (Only 7 months) before popping the big question.

This came nearly two years after Pratt split with his wife of eight years, Anna Faris; of which the two have a 6-year-old boy together.

A message was shared via Facebook at the time of the decision to separate… “Anna and I are sad to announce we are legally separating,” we tried hard for a long time, and we’re really disappointed.”

Apparently, it was a match made in heaven as the two seem to be very in love!

Pratt posted a collage of pictures of Schwarzenegger, and a few with the two enjoying their time together on Instagram while wishing her a happy birthday.

“Happy Birthday Chief! Your smile lights up the room,” Pratt wrote on Instagram. I’ve cherished our time together. Thrilled God put you in my life. Thankful for the laughs, kisses, talks, hikes, love, and care.”

Congrats to Chris Pratt and Katherine Schwarzenegger on the engagement and we’ll expect to hear those wedding bells ringing soon!