Will “The Predator” Kai Greene make a comeback in 2019?

It’s on now!… Sergio Oliva Jr. says Kai Greene better compete at the 2019 Olympia because “Phil is gone and he’s not coming back”. Oliva Jr. made it clear that Greene has no excuse now not to compete, and that bodybuilders who “act like they don’t care,” deep down inside really want that Olympia title.

“If Kai doesn’t come back, then that means he did lie to his fans and he is money hungry which I refuse to believe,” said Oliva Jr. while referring to Greene’s other ventures like acting in movies and Netflix shows etc. rather than competing for the Olympia title.

Sergio Oliva Jr. is in a position to make a judgment about Greene, being that he himself is 16th in the world currently, with the goal (As with every bodybuilder) of climbing his way to a title shot.

Oliva Jr. also had the following to say during the interview…

“I think and I’ve seen it, I’ve seen guys like Shawn Ray and a bunch of them want to pretend all they want but they want that Olympia and they will think about it for the rest of their lives and I think Kai will as well”.

Here is the video interview with Muscular Development:

Kai Greene has placed second to Phil Heath three times (2012, 2013 and 2014) at the Mr. Olympia contest. But it’s no secret Greene believed he’d never win due to some political reasons but in the eyes of many, he deserved at least one Sandow trophy.

Greene did compete again in 2016, winning the Arnold Classic and Arnold Classic Australia but that year concluded his competitive career. He was actually given a special offer to return to the 2017 Mr. Olympia but he declined and did not participate. Greene went on to pursue acting as a main interest, appearing in movies and the Netflix series “Stranger Things”.

But let’s not say Kai Greene is far gone from the sport yet as his return still remains a possibility for 2019. Many people would be thrilled to see him competing again and it would be great for the Olympia organization as well.

Now, Sergio Oliva Jr. has his opinions but it’s ultimately Kai Greene’s decision on whether it’s worth it for him to fight for the title yet again. Shawn Rhoden dethroned Phil Heath last year and Roelly Winklaar was right on Heath’s tail, so Kai would have his hands full no doubt. However, Greene is not new to the game and he could surprise everyone.

Will Kai Greene make a big comeback in 2019? We’ll have to wait and see! 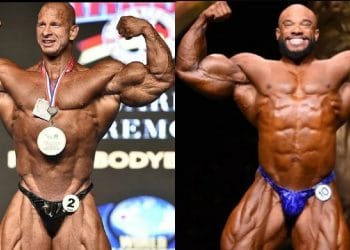 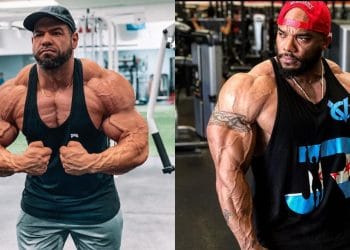 Steve Kuclo and Sergio Oliva Jr. Are Jacked 4 Weeks Out Of 2021 Arnold Classic