Incredible feat of strength by the young strongman 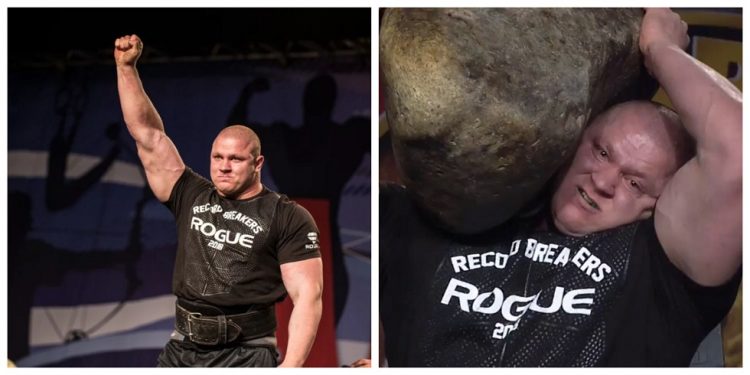 We are less than a week away from the arguably greatest fitness festival on the planet, the Arnold Classic in Columbus, Ohio. One of the most famous events there is the Arnold Strongman Classic. There the biggest and strongest guys on the planet come and compete to see who is the strongest guy on the planet. All this under the watchful and cheerful eye of the Terminator himself.

Last year, Arnold Strongman Classic introduced a discipline called “natural stone to shoulder“. The stone was heavy, awkward and pushed even biggest guys to their limits.  The stone broke all the competitors who tried to lift it, all except one-Mateusz Kielszkowski. The youngest guy in the competition lifted the 410 lbs stone from the ground all the way to his shoulder 4 times.  Now, Arnold Classic is bringing the fan favorite discipline back this year and the top guys aren’t leaving anything to chance.  Halfhtor recently lifted a 427lbs stone in training, Brian Shaw went stone shopping a few weeks ago and bought half a tone worth of stones to “play” with, Martins Licis did some stone lifting for time …and you then you have Mateusz, who yesterday lifted a 478lb stone to his shoulder with a hurt knee.

Now if you don’t understand just how impressive this stone lift is, consider the following. Legendary French Canadian Strongman Louis Cyr once lifted an “unmovable” 530lbs stone from the ground all the way up to his shoulder. It took 125 years before another Strongman, appropriately named Derek Poundstone managed to break that record in 2008. However, Poundstone only lifted the “Cyr Stone” from the ground to a 30inch platform, and even with that he had to dig deep and give a 110% effort.  Mateusz is training with a stone that’s only 23kg/52lbs lighter than that historic stone and his best is yet to come.

Sara Sigmundsdottir Gets The Victory At Strength In Depth