It was a very inspirational moment for everyone in attendance. 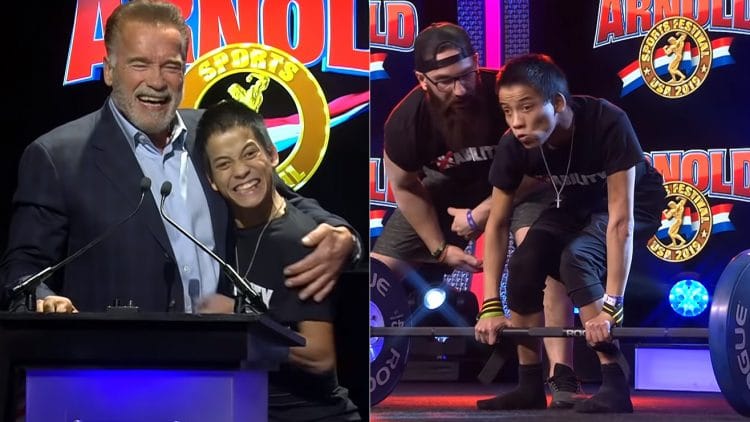 What most attendees and participants thought would be a typical annual Arnold Classic Weekend; actually turned out to be so much more. It was a special and touching moment when 24-year-old Miles Taylor deadlifted 185 pounds at a 99-pound bodyweight in front of a very large crowd.

What’s really impressive about his lift is that he made it look super easy which after only a year of training is pretty darn inspiring.

Taylor suffers from Cerebral Palsy and was noticed by Arnold Schwarzenegger in a video where he deadlifted twice his body weight; which prompted Schwarzenegger to invite on stage to show his incredible feat.

Here’s a video where Taylor took the spotlight:

Miles Taylor was having a blast and probably never would have imagined he’d be eating breakfast with Schwarzenegger the day he performed his deadlift at the Arnold Classic.

“Had an awesome breakfast with @schwarzenegger this morning! Can’t wait to share my with y’all what we have plan for tonight!”

Miles Taylor is a big inspiration to many and he has thousands of fans around the world because of his determination to keep pushing the limits of life despite his condition.