Will Brandon Curry Be A Threat To Win The 2019 Mr. Olympia?

The 2019 Arnold Classic winner is looking to extend his run into the Olympia. 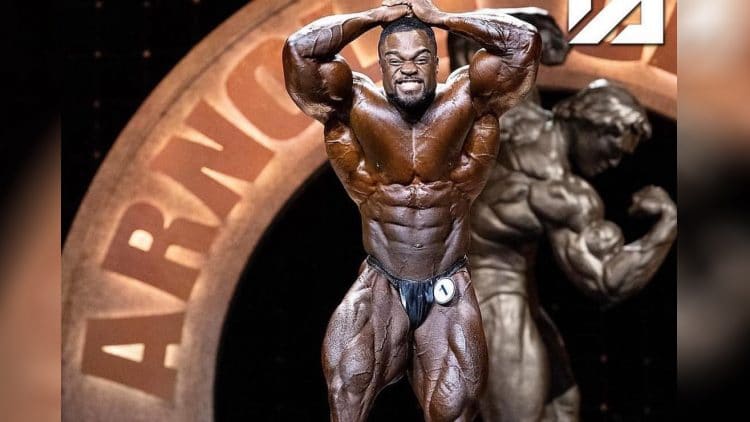 Brandon Curry’s biggest wins have come in 2018-19 taking 5th at the 2018 Olympia and winning his first Arnold Classic USA just this past weekend. Curry has improved so much since he went to train in Kuwait and now he’s starting to look like a world champion bodybuilder.

The win was well deserved and now the question is whether or not Brandon Curry can win the Olympia this year? Well, before Shawn Rhoden won the Olympia last year by beating out the seven-time M.r Olympia Phil Heath in a shocking upset; he placed fifth the year prior just like Curry in 2018. Now, not to take anything away from Rhoden because he’s the champion everyone wanted and his physique was god-like. But as we’ve seen plenty of times in sports competition, anything is possible!

Brandon Curry has the size, shape and top-tier genetics to win it but coming in perfect is a whole different conversation. He still has to face the beast Roelly Winklaar who placed third at the Olympia last year and William Bonac (2018 Arnold Classic champion) along with Rhoden and maybe Phil Heath if he decides to compete again.

It’s no easy task which is why few men in history have ever accomplished such a prestigious feat.

This is a video of Curry just before he left Kuwait for the Arnold.

Here are some photos of him at the Arnold Classic from his Instagram page:

Do you think Brandon Curry can win the Olympia in 2019?

Brandon Curry has kept a low profile in recent months as he gears up for the upcoming 2022 Olympia. In...

Despite being relatively quiet on social media, Brandon Curry plans on letting his physique do the talking at his next...

The competition is heating up for the upcoming 2022 Mr. Olympia, scheduled for Dec. 15-18 at Planet Hollywood Resort &...

Bodybuilding legend Jay Cutler is revered for his knowledge of the sport he once dominated. In a recent episode of Bro...