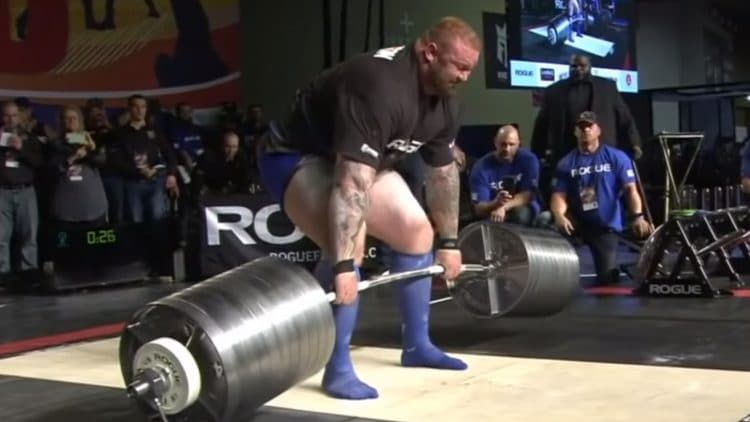 The World’s Strongest Man and repeat Arnold Classic champion tells all regarding his failed deadlift attempt of 501kg at the 2019 Arnold Classic.

Dan Owen from Sports360 had the pleasure of interviewing Hafthor Bjornsson and they discussed everything going on in Bjornsson’s life.

The 30-year-old Strongman phenom has accomplished so much at such a young age and he nearly surpassed the all-time 501kg deadlift record with the Rogue made Elephant bar. But it was just too much.

“I can sit here and say “Yes, I would have made it,” but I can’t say that. I know how strong I am and I know that if I would have had a perfect pull on that day in Ohio, I would have gotten that 501.In the pull I slipped a little bit, my left foot, and if the pull is not 100 percent then you’re never going to pull that kind of weight.

But I also know that the other record you’re talking about, that was done in a suit. That gives you about 30 kilograms at least. So this close to lifting 501 raw without a suit, I’m pretty confident that I’m able to pull 501 on a regular bar with a suit.

Now, Eddie Hall is the only Strongman competitor to complete a 500kg deadlift and he set the bar pretty high. But as for now, his record will stand.

It’s too bad for Bjornsson since rogue was offering $50k to the man who could complete the lift.

But he’s still the best right now in all of Strongman and there’s always next year!