No Result
View All Result
MotivationOP-ED

5 Must Watch Best Bodybuilding Documentaries To Watch This Weekend 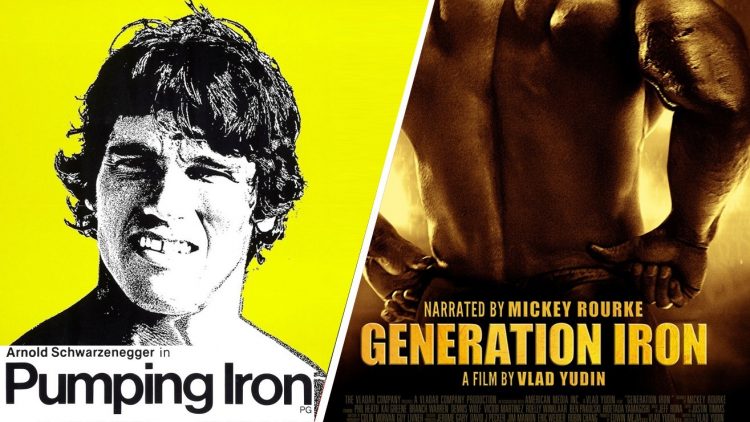 For many bodybuilding is not the just hobby it’s the complete lifestyle. Their workout plans, diets, and free time are all completely consumed by the desire to sculpt the ‘perfect’ dream body. The documentaries on our list cover every aspect of the bodybuilding, and we are sure they’re going to pump you up, whether you’re interested in learning more or looking for a little inspiration.

Storyline: Before the Terminator, and then the Governor, Arnold Schwarzenegger was a full-time professional bodybuilder. From Gold’s Gym in Venice Beach California to the showdown in Pretoria, amateur and professional bodybuilders prepare for the 1975 Mr. Olympia, and Mr. Universe contests in this part scripted the part documentary film.

Some of the best parts in Pumping Iron feature Arnold’s rivalry with fellow bodybuilding bigwig Ferrigno, including their in-depth demonstrations of how they developed their world-class physiques.

Storyline: In America, we define ourselves in the superlative: we are the biggest, strongest, fastest country in the world. Is it any wonder that so many of our heroes are on performance enhancing drugs? Director Christopher Bell explores America’s win-at-all-cost culture by examining how his two brothers became members of the steroid-subculture in an effort to realize their American dream.

Storyline: ‘Evolution of Bodybuilding’ features a who’s who of legendary bodybuilders. Featuring Lou Ferrigno, Frank Zane and Jay Cutler, this is one documentary you don’t want to miss! Collectively they reveal their stories of success, heartache, and loss on the path to compete in the famed Mr. Olympia. The documentary offers a close look at what it takes to compete in the “Mr. Olympia” and how the industry has changed over the past 50 years.

Storyline: Just like ‘Pumping Iron’, Generation Iron follows some of the most famous bodybuilders as they prepare for the Mr. Olympia competition. From the producer of the original classic Pumping Iron’, comes “Generation Iron” the long awaited true story of dedication, rivalry, victory, defeat, redemption, and triumph… The film examines the professional sport of bodybuilding today and gives us access to the lives of current bodybuilding stars Phil Heath, Kai Greene, Branch Warren, Dennis Wolf, Victor Martinez, Hidetada Yamagishi as well as ambitious newcomer Ben Pakulski and European sensation Roelly Winklaar on their journey to be crowned Mr. Olympia.

Storyline: This is the newest documentary on our list, 2015 Reebok CrossFit Games were a 5 day, 13 event, grueling test to find the fittest male and female on earth. “Fittest on Earth” follows the dramatic story of the top athletes who qualified and competed. A behind the scenes look into what it takes to be among the world’s elite athletes. Athletes find out the events they are going to test themselves weeks, sometimes days and even minutes before they take the competition floor. The film follows 8 of the worlds, top athletes, as they compete.