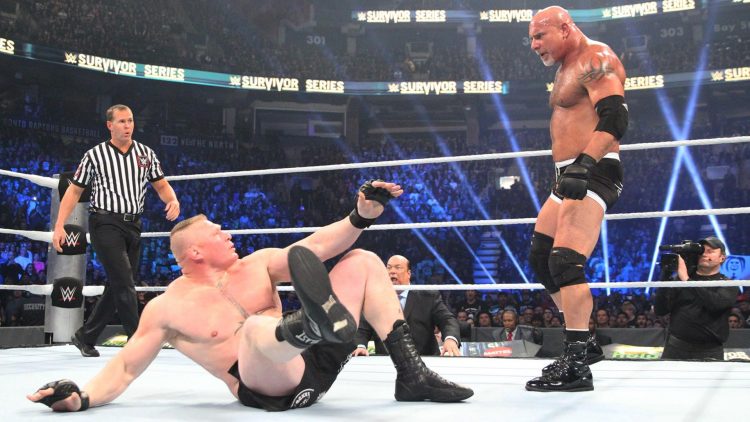 No one was expecting these results at Survivor Series on Sunday night in Toronto. Most fans believed the main event of Sunday night’s Survivor Series was going to be a brutal slugfest between two monstrous men in Brock Lesnar and Goldberg, but the WCW legend Goldberg had arguably the most dominant performance of his career and totally destroyed the Lesnar in just 84 seconds.
For the first time in 12 yrs, @Goldberg enters the ring to battle

Yes, you read that right: 84 seconds, 1 minute and only 24 seconds, about the time it takes to put on sun block. Goldberg , has been out of major professional wrestling for the last 12 years.

Brock Lesnar started the match by picking up Goldberg and tossing him into the corner in a showing of strength, but it was the only damage Lesnar would do the entire match. Goldberg countered with a devastating spear, then went back to the corner and waited for Lesnar to stagger to his feet to hit another spear but didn’t go for a pin. Goldberg lifted Lesnar into the air and hit the Jackhammer got a truly stunning pinfall victory. Lesnar has been steamrolling his opponents for the last few years in WWE the most notably squashing John Cena at SummerSlam in 2014 – and he’s the man who broke the Undertaker’s WrestleMania streak. Goldberg made him look like “local talent” in a squash match.

Goldberg was believed to be on a one-match contract with WWE as he promotes the WWE2K17 video game, but that may not necessarily be the case considering the finish of this match. 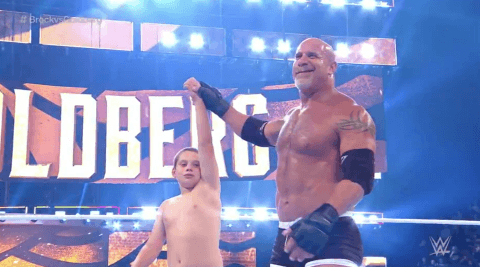 In a touching moment, Goldberg celebrated by bringing his son – who motivated him to return in the first place into the ring.

If this actually is Goldberg’s last match as he said it, it’s one of the best finales in sports.

Arnold Schwarzenegger Thank You! For All The Japanese Commercials