Arnold Schwarzenegger Thank You! For All The Japanese Commercials

During the 1980s and early 1990s, Arnold Schwarzenegger appeared in many noodle and energy drink ads. He was frequently traveling to Japan to shoot some TV commercials, known as the “V” in the energy drink he was selling, Alinamin V and “Schwa-chan,” his catchphrase was “daijou-V,” a wordplay on “daijoubu” (“okay” in Japanese).

Japanese commercials – the favorite pastime of many celebs who want to cash in without looking greedy back home. Arnold did more Japanese ads than most and they were wackier than most, too. Schwarzenegger’s commercials were some of the most entertaining work he’s ever done 🙂

Check out the videos below some of Schwarzenegger’s most memorable and funny commercials: 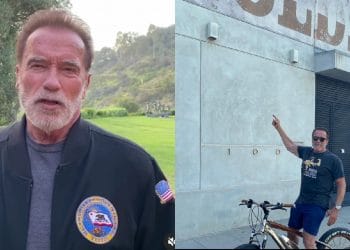