A professional bodybuilder Giannis Magos has knocked the judge ‘Armando Marquez’ to the floor after losing a competition.

Magos was named the winner of the 100kg division but he thought he won the 2016 IFBB Diamond Cup title.

The video footage has appeared online of the bodybuilder approaching the long-time respected judge Armando Marquez and slapping him across the face.

As per the reports he then threw all the judges’ tables and then pulled out his penis. That part of the meltdown was not shown on the video. 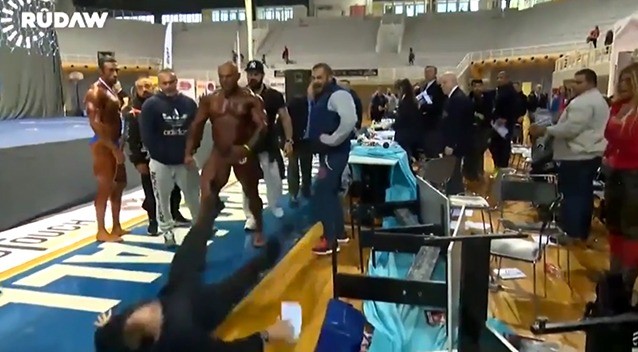 Social media users have demanded his immediate suspension saying what he did was shameful.

The judge Armando is a well-respected gentleman to the sport of bodybuilding and is one of the hardest workers in the organisation.

“The competitor that was involved in the incident should get the harshest penalty that the IFBB can give.”