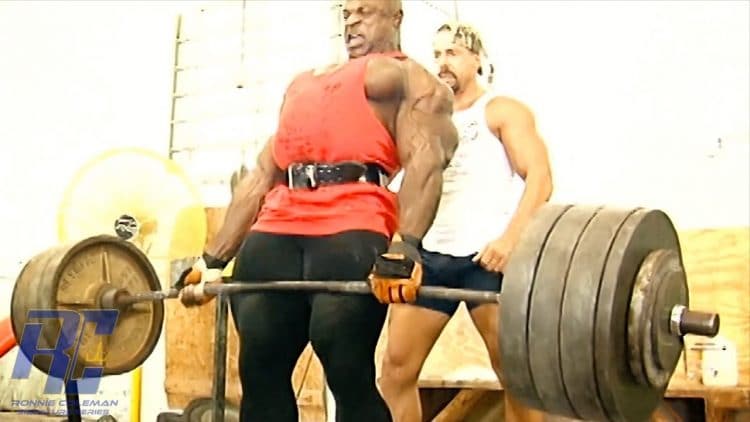 Ronnie Coleman was known for going extremely heavy and he could even compete in powerlifting if he wanted to, he was very strong. In case you didn’t know Big Ronnie comes from a powerlifting background.

Watch the compilation of Ronnie Coleman doing some heavy ass deadlifts ever caught on video. Well, in his own words, some of the best stuff was never even captured on camera though as phones with cameras didn’t exist back then…

Ronnie Coleman is the winner of the Mr. Olympia bodybuilding title for eight years in a row and regarded as one of the greatest bodybuilders of all time. Ronnie Coleman has won more times as IFBB professional than any other bodybuilder with 26 winnings. He also remained Mr. Olympia consistently from 1998 to 2005.