Life and accomplishments of Ronnie Coleman 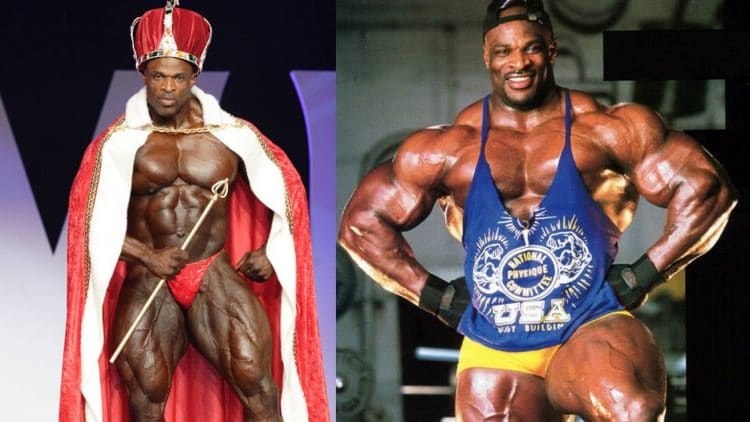 Ronnie Coleman is a retired IFBB professional Open division bodybuilder and police officer. He’s most known for winning the prestigious Mr. Olympia title eight times and is widely considered one of the greatest bodybuilders of all time. This is his complete profile, biography, training regime, diet plan, and more.

As with many success stories, Coleman started with very little before he achieved stardom.

Coleman was involved in sports at a young age and being from the south, football was a no-brainer. But young Ronnie was always a genetic freak and by high-school, he was a force to be reckoned with on the gridiron.

He was awarded a scholarship to attend Grambling State University where he also played football as a middle linebacker for the GSU Tigers. He graduated with a BSc in accounting.

Coleman decided to try and find work as an accountant, relocating to Texas in hopes of finding better opportunities out west. Unfortunately for young Coleman, he’d have no luck and instead, got a job at Domino’s Pizza to pay the bills.

With very little money, he’d eat pizza from his workplace every day. That may sound like heaven to some, but he hated it.

Thankfully, he moved on and became a police officer in Arlington, Texas after learning of the opening from a newspaper. He served for many years (1989-2000 and up to 2003 as a reserve) and for some of those, he balanced working as a sheriff with being Mr. Olympia.

But it was during his time at the station that a friend and fellow officer, Gustavo Arlotta, convinced him to train at the MetroFlex gym close by that was owned by Brian Dobson.

And you may know the famous story about Coleman being offered a free gym membership in exchange for competing at the Mr. Texas competition. So Coleman agreed and Dobson, who was a bodybuilder, trained Coleman and the future legend went on to not only win the heavyweight and overall category, but he also beat Dobson too. He was 26 at the time.

At this point, there was no denying that Coleman had a very bright future in bodybuilding. But he’d face many obstacles before he became an icon.

After winning the Mr. Texas amateur show, Coleman competed at the 1990 NPC Championships and placed third, which was not good enough for him. So he took a step back and made the necessary adjustments to his physique so he could be as competitive as possible.

Well, that was a good move on his part as he came back in 1991 and not only won the World Amateur Championships in Poland; he also earned his Pro Card with a physique that was worthy to compete with the best. He looked incredible.

But upon reaching pro level, the then 27-year-old Coleman realized there were levels to bodybuilding competition, having to go up against some killers.

In fact, at the 1992 Chicago Pro Championships, he was up against beasts like Kevin Levrone, Bob Paris, and Milos Sarcev. He took 11th but it was a learning experience and could only motivate him to get better.

Coleman also had his first powerlifting competition in 1994 between competing.

He did not win a show until the 1995 Canada Pro Cup where he defeated legends Rich Gaspari and Milos Sarcev, and that must have been a big relief after a three-year drought.

From there, he gradually began to make a name for himself and ended up winning the same competition the very next year, even beating the favorite Flex Wheeler.

Coleman won the 1998 Mr. Olympia, his first Olympia title, after having placed 9th the previous year where Dorian Yates was champion (retired after last Olympia win). He beat runner-up Flex Wheeler and went on to do this a few times but he also beat several other seriously talented competitors.

His reign lasted from 1998-2005, tying him with Lee Haney for most wins at the Mr. Olympia, which still stands to this day.

Unfortunately, no one can remain on top forever and Coleman was dethroned at the 2006 Mr. Olympia by future 4x champion Jay Cutler. He did compete once again in 2007, but it was clear that his time was over. He took 4th place at his last Olympia and also retired from the sport, a very emotional day for fans and the Olympia.

His rise to the top was incredibly inspiring because he didn’t always dominate the competition stage. No… in fact, there were several years where he couldn’t get a single win.

Still, he fought and did what was necessary to be able to have a shot at Olympia gold and succeeded beyond expectation.

There’s no denying that most bodybuilding fans and legends believe Ronnie Coleman is the greatest of all time. His size, proportions, freakiness, vascularity, symmetry, and cool factor are unmatched.

While Ronnie Coleman has some of the best genetics ever, there was no denying his elite work ethic both in and out of the gym. Few would dare to go the places he would during his epic training sessions and it showed on stage.

Known for his massive 800+lb squats and deadlifts, those of his era were truly privileged to watch a king during his prime. Although we’re not taking anything away from the other amazing competitors that he faced.

Related: Top 5 Bodybuilders With The Best Genetics Ever

Coleman still trains to this day but we wanted to share some of the workouts he was famous for when he was dominating the Open division for almost a decade.

Monday – Back, biceps, and shoulders

Thursday – Back biceps, and shoulders

Note: Coleman alternates the thickness workout and the width workout, doing both each week.

During prep and the offseason, Ronnie Coleman wasn’t afraid to have his chicken loaded with barbeque sauce and grits like a true southern boy.

As a result, Coleman’s diet wasn’t anything flashy.

For breakfast, he’d eat eggs and grits. He’d then have a protein shake, and Lunch would usually be chicken breast with bbq sauce, rice, and beans, corn, and cornbread. His next meal included chicken breast and potatoes.

He’d also eat out at a restaurant sometimes and had a few protein shakes throughout the day.

He also took supplements from his sponsors.

After having one of the most illustrious bodybuilders careers ever, things took a very unfortunate turn for Ronnie Coleman. All the years of extremely heavy lifting took its toll and consequently, caused him to need multiple back surgeries and a few hip surgeries as well.

This was somewhat of a controversial issue as there were opposing views for why he needed to undergo so many surgeries. Coleman would train after a surgery and many would point this out as the cause. Coleman did acknowledge this and chose to let himself fully recover before doing any resistance training.

Although, he did explain having several very expensive surgeries due to surgeon error. Coleman cannot walk due to his condition. Coleman spent a few million dollars on his procedures.

He doesn’t regret for one moment training as heavy as he did though and wishes he would have done more to see how far he could’ve gone.

“Do I have any regrets? If I had a chance to do it all over again, would I change anything? Yes – one thing.

That is when I squatted 800lbs. I would do 4 reps, instead of 2. That is my only regret in my career”

Coleman has offered support to fellow IFBB legend Flex Wheeler who had to have his leg amputated in 2019.

See the latest Ronnie Coleman news and find information regarding his surgeries.

Many companies have sponsored Ronnie Coleman throughout his career, including ABB, Met-Rx, Weider, and BSN in 2005. He’s also been on the cover of various major bodybuilding magazines and has traveled the world to speak and promote. Let’s just say, there’s never been a shortage of opportunities for Coleman. 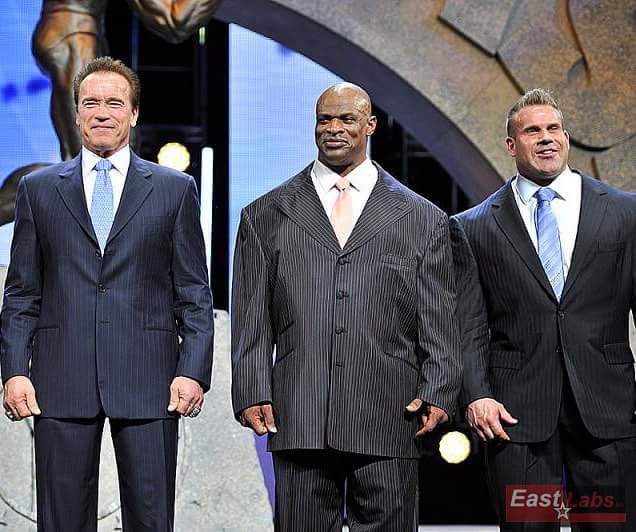 His most notable training and day in the life videos include The Unbelievable, The Cost of Redemption, and On The Road.

Filmmaker Vlad Yudin, also known for Generation Iron, made a documentary about Coleman’s life called Ronnie Coleman: The King that was featured on Netflix.

Coleman launched his product line Ronnie Coleman Signature Series in 2011. He also has books about his life.

In 1998, Coleman met personal trainer Rouaida Christine Achkar in Paris at a sports exposition in Paris. They got married in 2007 but eventually separated. In 2016, he met Susan Williamson who was also a personal trainer. They live in Arlington Texas and have four children together.

Ronnie Coleman is a Christian.

Ronnie Coleman is not only loved because of what he accomplished on stage, but the hype techniques he used before a big lift, such as yelling “yeah buddy”, lightweight baby” and nothing but a peanut,” went absolutely viral with the fitness and bodybuilding community.

In fact, it’s been used in many YouTube videos due to its humorous nature.

Check out more day in the lift content below.

Ronnie Coleman has accomplished more than most ever will in the sport of bodybuilding. He is widely regarded by many to be the greatest bodybuilding competitor of all time and his record certainly makes for a good argument.