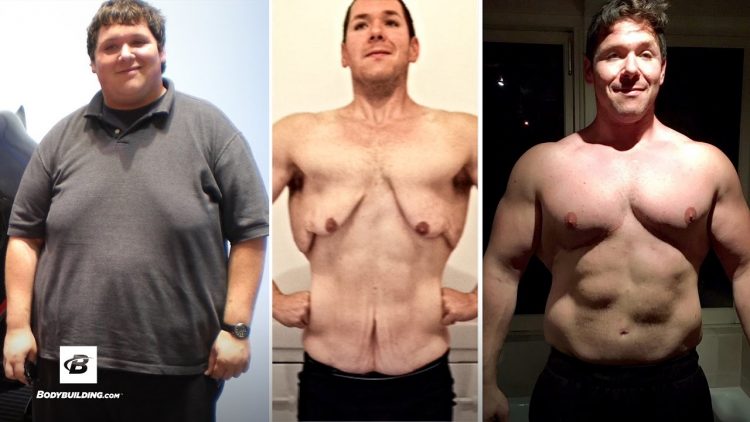 If it hadn’t been for a car crash at 3 a.m. on a spring night in 2008, Jordan Grahm might not be alive. At well over 400 pounds and squeezed into a 5XL, Jordan was on the road towards eating himself to death. 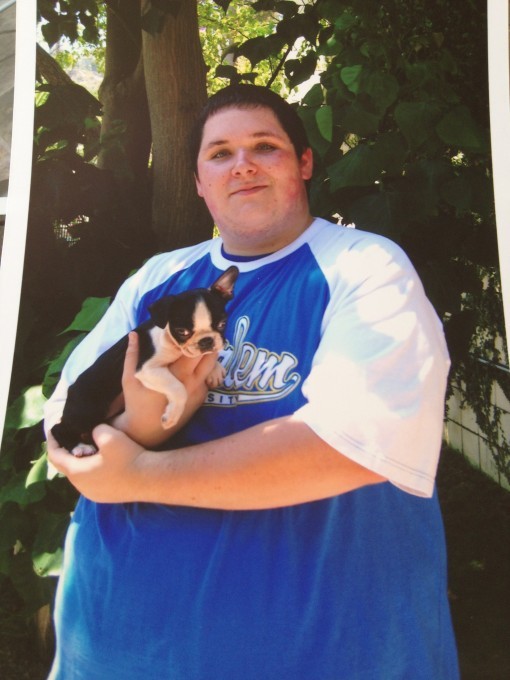 The trauma of his mother’s death resulted in a downward spiral. After a car crash, Jordan Grahm found the motivation to hit the gym and lose weight.

Jordan was always big and the subject of teasing from other children. “Kids can be cruel,” he says. “I was subject to ridicule and bullying, which caused me to develop a very defensive and protective state of mind.” 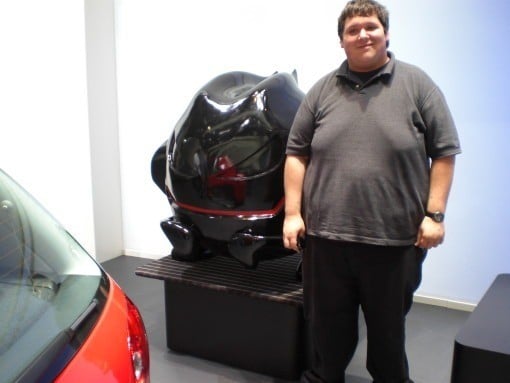 When Jordan was in the ninth grade, his parents divorced. He blamed himself, and his weight soared. It wasn’t until he became a football lineman that his 5-foot-9, 290-pound frame was put to good use. Then, tragedy struck.

“When I was 14, my mom suddenly passed away,” he says. “I’ll never forget the moment I heard the news. I was in complete shock.” The search for “Why?” provided no answers and drove Jordan further into despair. 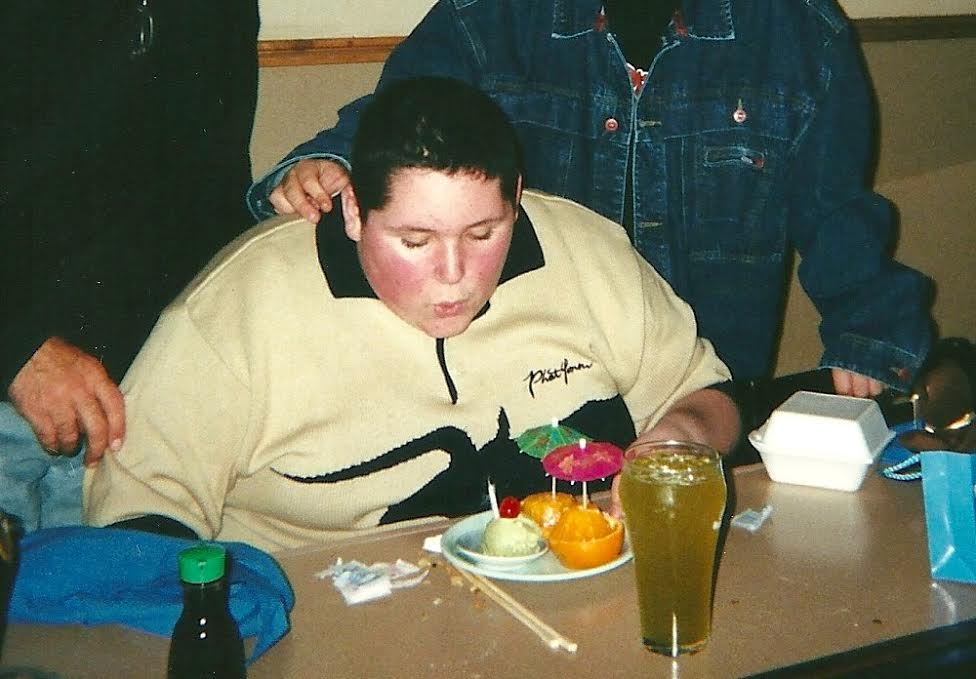 “Food became my outlet—my coping mechanism for dealing with my depression,” he says. “I didn’t care about my future.” By the end of his senior year of high school, Jordan weighed 400 pounds.

He doesn’t know how heavy he became because, after graduation, he stopped tracking his weight. “Doctors told me I would die young from obesity-related complications; I told them, ‘If that happens, then so be it,'” he says.

It wasn’t until after his accident that Jordan had a change of heart. 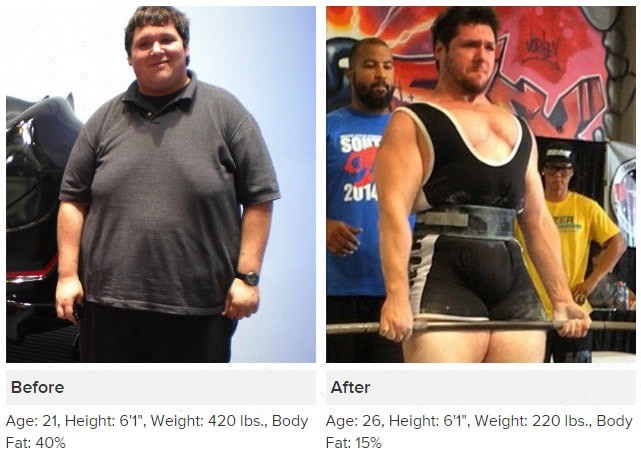 Why Was Your Accident A Wake-Up Call?

On March 30, 2008, I was in a car collision, and it took five guys to lift me up on the stretcher. The next day, I went for an MRI and barely fit inside the machine. They almost had to send me to a special version that is bigger than normal. That day, I decided that I’d had enough. I decided I had to change the way I lived and ate, and I started exercising. I decided I was worth the hard work and dedication that it would take to improve my future. 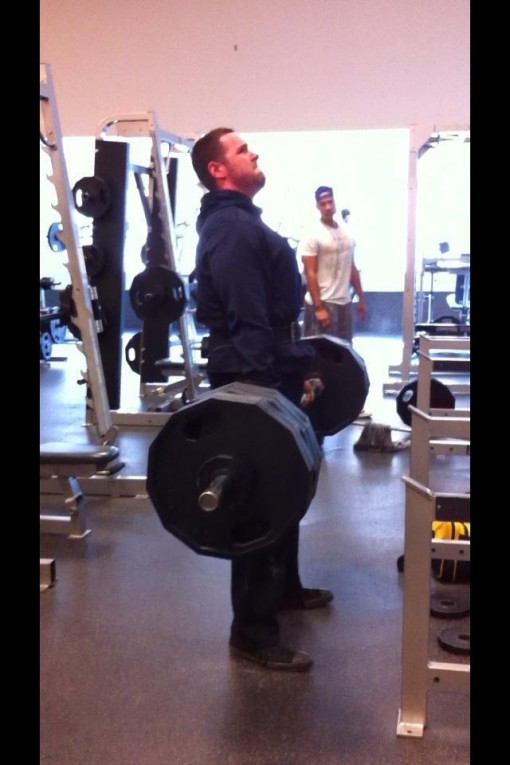 No matter how hard it would become, I vowed never to give up. I realized there was no room for excuses, self-pity, or fear. The pain of what had to be done could never match the pain I felt from the way I was living.

What Were The First Steps You Took To Transform Your Life?

I started out walking my little Boston terrier, Blackberry. It took me an hour to walk her one mile—down and back up a hill. After that mile, everything hurt. I felt so uncomfortable. But I stuck with it, and we were eventually running 4 miles a day six days a week. When I thought about quitting back then, I knew I had to do this not only for myself but for my dog, too! 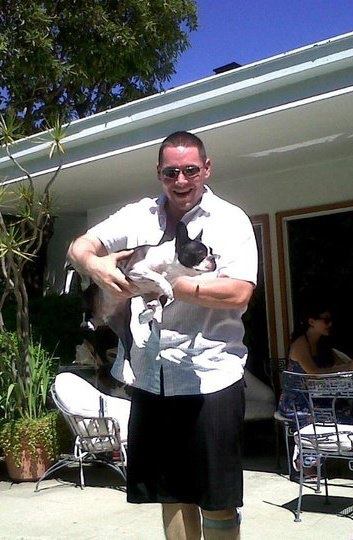 I lost 100 pounds just from walking. While on vacation in Las Vegas, I ventured into the hotel gym. I got to work, hoping that nobody would be around. Soon after, a few folks joined in. Instead of laughing at me and reacting the way I thought they would, they encouraged me. 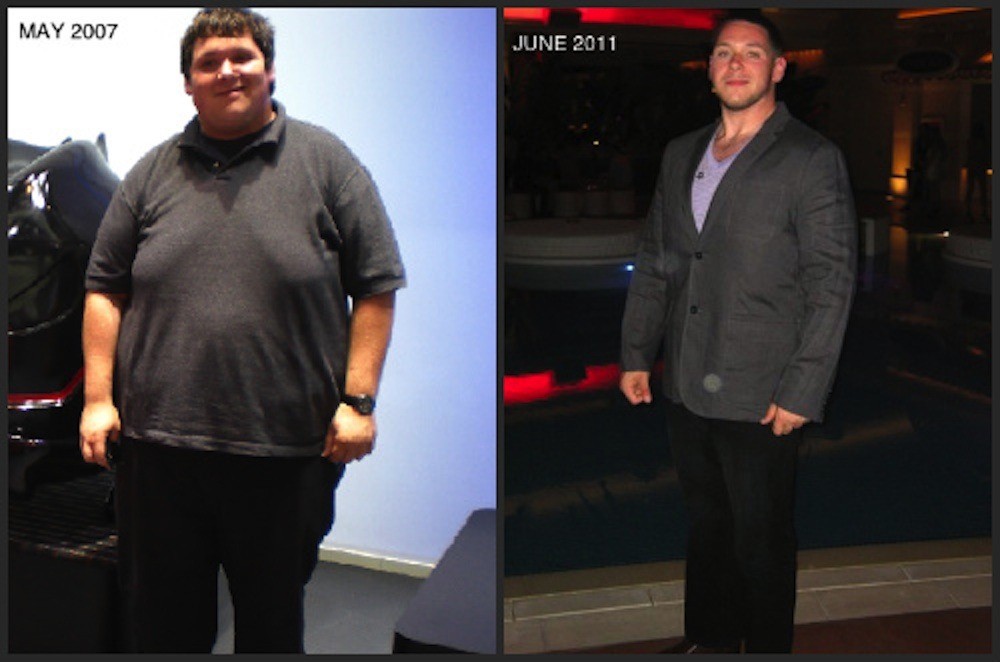 When I got home, I joined a local gym. If people thought I was out of place or had negative thoughts, that would be their problem. I had to push myself out of my comfort zone for my good. 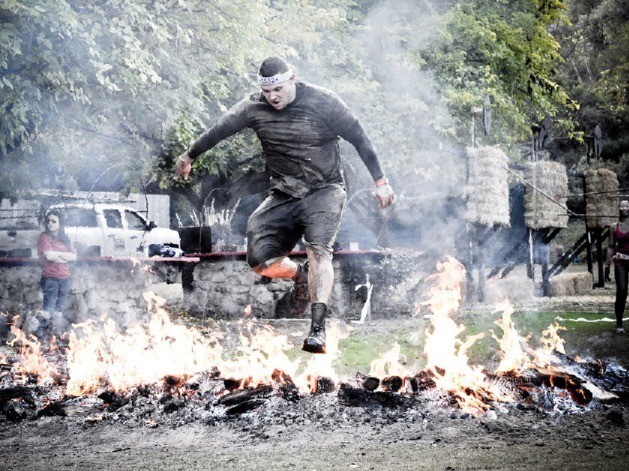 I started out just lifting a barbell with no plates, which was tough for me. Little by little, I got stronger. Now, when I lift a barbell, it’s most certainly weighted! 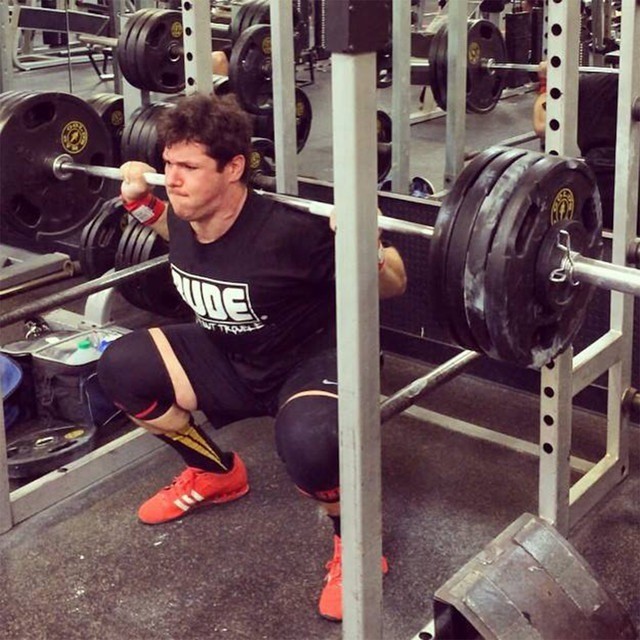 Ultimately, I was able to lose 200 pounds and improve my strength and fitness tremendously. I worked my way up to being able to squat 434 pounds, deadlift 500 pounds, bench press 315 pounds, and do pull-ups and dips with added weight.

I remember when I thought I’d never be able to do a pull-up. The first time I did one, I was overjoyed. It was a momentous step forward. I knew that all of my hard work was paying off.

During my transformation I tried a variety of different weight training splits, most were bodybuilding oriented. Recently however I have found that training for strength not only really increased my overall strength but my physique as well.

I started doing a lot of compound movements with heavier weight and fewer reps which really worked well. The routine that I found to yield the best results has been Jim Wendler’s 5/3/1 routine with some accessory work.

I am on a mission to continue getting into the best shape of my life. I am also looking forward to competing in powerlifting in 2013 which is something I never would’ve imagined when I was close to 400lbs.

All About Testosterone: Get The Edge Through Diet And Exercise