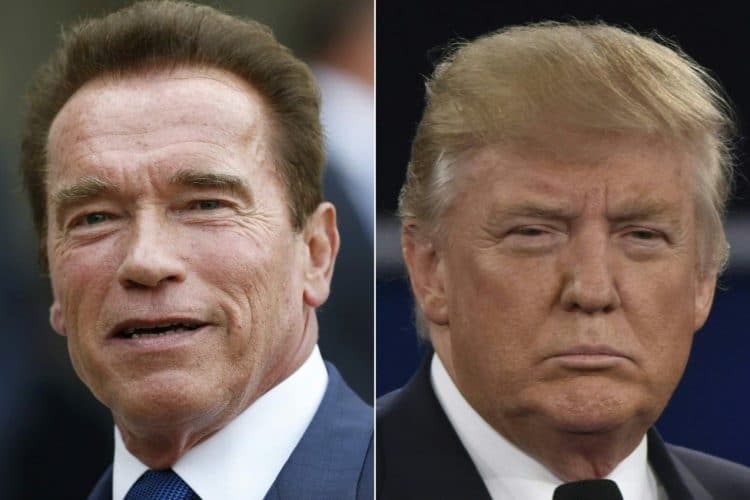 President Donald Trump doubled down on his criticism of his reality TV replacement, writing on Twitter Friday morning that Arnold Schwarzenegger “did a really bad job as governor of California” but is “even worse” as the host of “The Celebrity Apprentice.” He just can’t let Arnold Schwarzenegger get the last word.

“Yes, Arnold Schwarzenegger did a really bad job as Governor of California and even worse on the Apprentice…but at least he tried hard!” Trump wrote Friday morning, attacking Schwarzenegger for a second consecutive day.

Yes, Arnold Schwarzenegger did a really bad job as Governor of California and even worse on the Apprentice…but at least he tried hard!

On Thursday, during his remarks at the National Prayer Breakfast, where he was introduced by “The Apprentice” producer Mark Burnett. Trump said Burnett was “a special, special friend” but then attacked the show that the two had turned into a long-running hit for NBC.

“They hired a big, big movie star, Arnold Schwarzenegger, to take my place, and we know how that turned out. The ratings went right down the tubes. It’s been a total disaster. And Mark will never, ever bet against Trump again, and I want to just pray for Arnold, if we can, for those ratings, OK?”

After Trump delivered his remark, Arnold responded with a post to Twitter of his own, suggesting in a video that the two men switch jobs, with the president returning to TV “because you’re such an expert in ratings” and Schwarzenegger taking over the presidency so that “people can finally sleep comfortably again.”