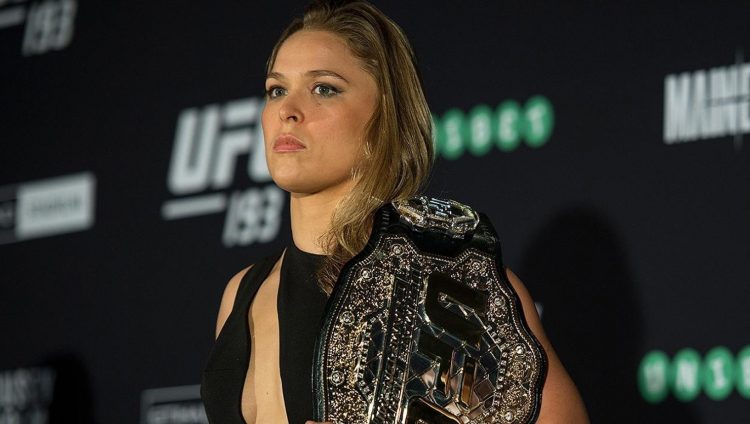 Asked by Norton about Rousey on the “UFC Unfiltered” podcast, White said after speaking to the former women’s bantamweight champion that he suspects she will not fight again.

“It’s funny you asked me that today, [because] I literally talked to her this morning on the way to the gym,” Dana White said in response to a question by Norton. “She’s good, man. Her spirits are good. She’s doing her thing. In the conversation that I had with her, If I had to say right here, right now – and, again, I don’t like saying right here, right now, [because] it’s up to her and [it’s] her thing – but I wouldn’t say she fights again. I think she’s probably was done. She’s going to ride off into the sunset and start living her life outside of fighting.”

In a text message to Yahoo Sports, White clarified his statement a bit.

“I have no idea if she will retire, I just feel like [from] my conversation with her, [it] seemed like she might be done.” he wrote.

If this is, indeed the end of her career, she will retire with a 12-2 overall MMA record, including a 6-2 mark in the UFC. She held the title in both Strikeforce and the UFC and had an overall title fight record of 8-2. The last 14-plus months have been turned upside down for her fight-wise. She was knocked out by Holly Holm in stunning fashion at UFC 193 on Nov. 14, 2015, bout that at one point she was nearly a 20-to-1 favorite to win.

White, who said Rousey “is in a real good place [mentally], very good,” said she told him she had things she wanted to do with her life.

It had nothing to do with losing the air of invincibility that surrounded her before her loss to Holm. Prior to losing to Holm, she was 12-0, had finished her previous three opponents in 16, 14 and 34 seconds and had been out of the first round only once.

“It’s not that I even think it was an invincible thing, it’s that she’s so competitive that her career and record meant everything to her,” White said. “Then, once she lost, she started to say to herself, ‘What the [expletive] am I doing? This is my whole life? This is it? I want to experience and start doing other things.’ That’s what she’s started to do. She’s got a lot of money. She’s never going to need money again. First of all, unless you spend money like crazy, unless you spend money like Floyd [Mayweather], you’re not going to need money again when you have the kind of money that Ronda has. She’s not a big spender. She’s got a cute place down in Venice, Calif.

“She’s got some plans where I think she wants to move to a more desolate place and do her thing. I’m happy for her, man. She came in [and] she changed the world. She put female fighting on the map. She’s been part of the biggest fights in the history of women’s fighting and I hope those records can be broken.”

She won’t lack for things to occupy her time. She’s going to star in the remake of “Roadhouse,” will do a movie adaptation of her life and will executive produce movies for Lifetime. She’ll also continue to be a product endorser and there may be an opportunity for her in the WWE. She’s also working on short films that will appear on the Verizon network.

She became a sensation because of how she was able to use her judo skills to quickly finish fights, making the arm bar hugely popular in the process.

Ronda Rousey has not said much after her loss to Amanda Nunes at UFC 207. In just her second post since the match, she voiced her opinion on the executive order issued by President Trump’s administration on Friday prohibiting citizens of seven countries from traveling to the U.S. for 90 days and immediately suspending refugee admission for 120. I suppose that hashtag ‘#resist’ makes her opinion pretty clear.

There is no scheduled announcement of her retirement as an active fighter – and given her seeming animus toward the MMA media there may never be – so White’s account on the podcast may be as close as we’ll come to getting word officially from Rousey.