Schwarzenegger Quits Celebrity Apprentice But Trump Says He Was Fired 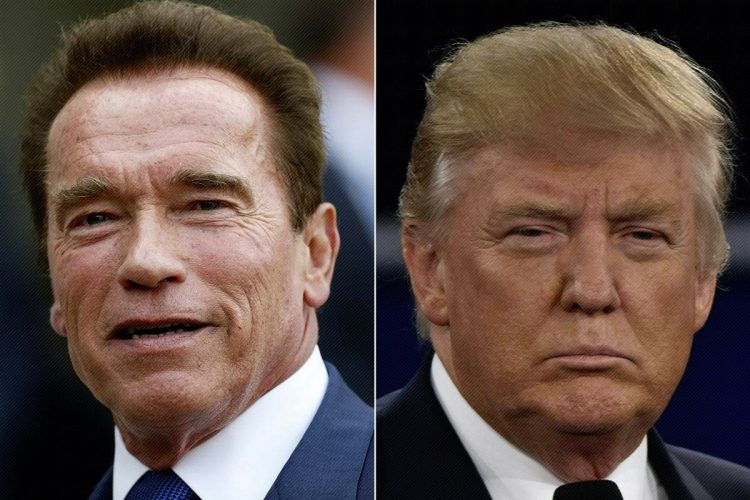 President Donald Trump just can’t quit the ignominious demise of his former his reality TV show “Celebrity Apprentice,” taking to Twitter early Saturday to claim that this past season’s host, Arnold Schwarzenegger, “was fired by his bad (pathetic) ratings, not by me.”

Arnold Schwarzenegger isn't voluntarily leaving the Apprentice, he was fired by his bad (pathetic) ratings, not by me. Sad end to great show

Schwarzenegger, who led the 15th season that just wrapped for NBC to disappointing ratings, quickly tweeted a reply: “You should think about hiring a new joke writer and a fact checker.”

You should think about hiring a new joke writer and a fact checker. https://t.co/SvAjuPdHfa

The exchange follows Schwarzenegger announcing Friday that he would leave the NBC reality TV show, the big-screen action star and former California governor announced that he “would decline” to return for another season “even if asked,” and blamed the show’s poor showing on Trump — who starred in 14 seasons of the show and retained an executive producer credit even after winning the president election.

“With Trump being involved in the show people have a bad taste and don’t want to participate as a spectator or as a sponsor or in any other way support the show,” Schwarzenegger said. “It’s a very divisive period now and I think this show got caught up in all that division.”

Schwarzenegger replaced Trump this season as the host of long-running show, now titled “The New Celebrity Apprentice,” as a result of Trump running for and ultimately winning the White House.

This season purportedly had the second-lowest rating in show’s 15-season run.

Trump, who remains the show’s executive producer, and Schwarzenegger, are fellow Republicans.

But Schwarzenegger, a former body-builder and action-movie star, did not support Trump’s candidacy. And he suggested in his resignation announcement that the show’s low ratings were the result of Trump “baggage.”

Trump also criticized Schwarzenegger during his address last month at the National Prayer Breakfast, suggesting Americans pray for Schwarzenegger because of the show’s low ratings.