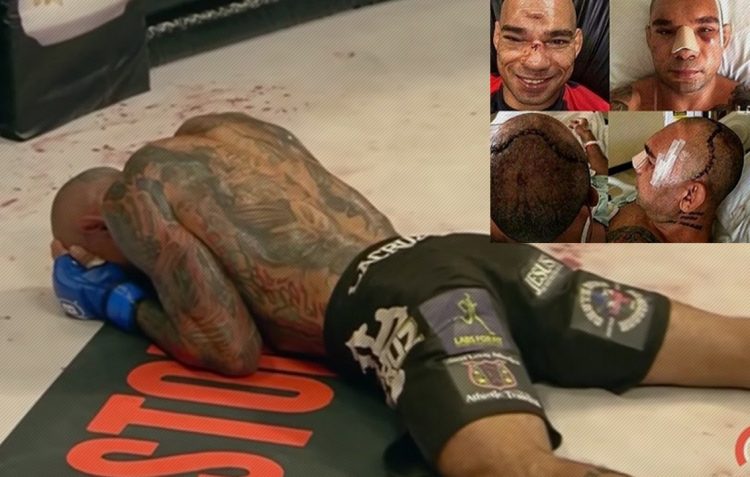 In this past Thursday, The World MMA Awards were held in Las Vegas and the category that almost everyone cares the most, ‘Best Knockout of The Year’, was announced.

And the winner of this award was Michael Page’s flying knee knockout of Evangelista Santos during Bellator 158 in July.

If you haven’t seen this knockout we warn you that the footage is violent, and if you are remotely squeamish, look away now.

Michael Page’s KO of Evangelista Santos not only ended the fight, but the brute force of his knee strike crushed Santos’ skull into pieces, requiring immediate surgery, and forcing the Brazilian veteran into retirement.

Although this was knockout of the year, for Cyborg, it knocked him out of MMA for good.

WATCH: The Rock Showed Off His Ultimate Sweat Soaked Workout