Oak Roots: How Schwarzenegger Turned His Weak Calves Into A Showcase Muscle 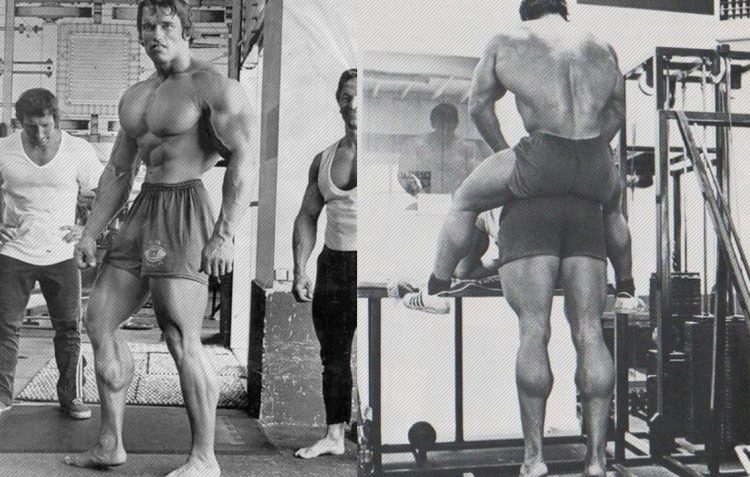 Back in the early 1960s, when Arnold Schwarzenegger began his competitive bodybuilding career, his calves were virtually nonexistent. At the time, calf development was not top priority in the sport, especially in Europe. Consequently, he, like most of his fellow Austrian bodybuilders, neglected to train them. 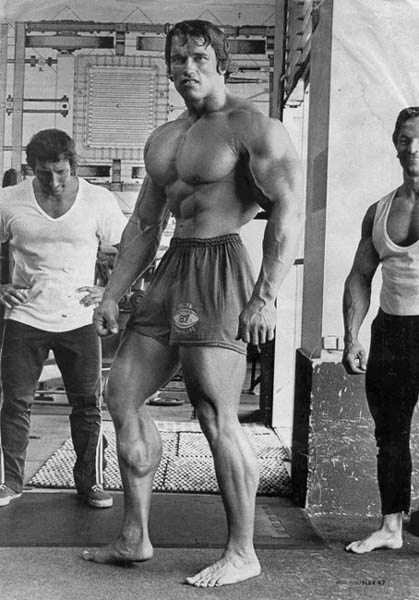 Then, in 1966,19-year-old Schwarzenegger entered his first international competition, the Mr. Universe, and he learned the hard way that there’s more to bodybuilding than training the upper body. America’s Chet Yorton also competed in that show and handed The Oak his first major defeat. Yorton’s physique exemplified the emerging ideal of a holistic approach to bodybuilding one in which no body part is favored over another.

True to his principles, Yorton had developed a sterling pair of diamond-shaped calves atop which could be found the rest of his equally chiseled physique. 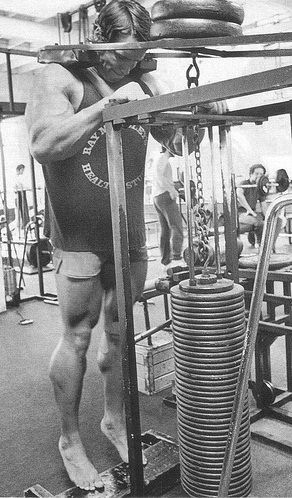 The hypercompetitive Schwarzenegger didn’t like to lose and decided then and there that his calves would never hold back his bodybuilding aspirations again.

He dedicated himself to building the biggest, most impressive pair of calves around, whatever it took. He cut all of his training sweatpants at the knees to constantly remind him they needed his attention, as they did their best to detract from what was otherwise a world-class physique.

He looked to his earliest childhood inspiration, the great Reg Park, for guidance in developing his calves. Park’s advice? Go heavy and hard. Don’t think of your calf training as something to be tacked onto the end of a workout here or there. Train them as you would any other body-part that, Park said, was the key to getting them to develop like any other bodypart. Ever the diligent pupil, Schwarzenegger got right to work, hitting his calves with 500-pound standing calf raises, donkey raises and seated calf raises six days a week. The calf muscle was unlike other body-parts, he reasoned, in that it was more stubborn, less apt to grow. But that didn’t mean it wouldn’t grow, just that he would have to be more persistent than ever. 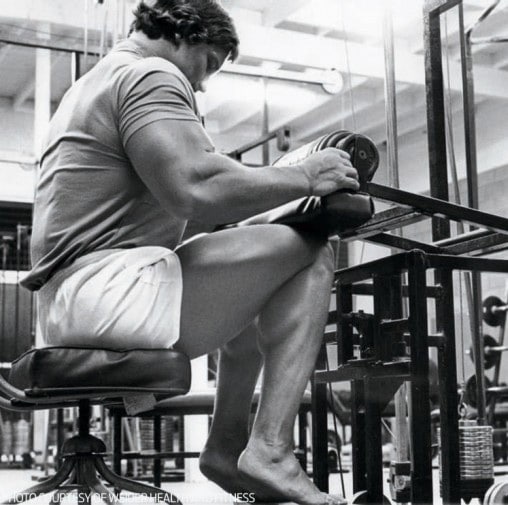 Soon his calves began responding to the stresses placed upon them, just like his renowned chest and biceps had before. They grew and grew, so fast in fact that rumors of a visit to a plastic surgeon specializing in implants began to surface. Schwarzenegger just laughed them off and continued plugging away.

By the time of his 1973 Mr. Olympia victory, Schwarzenegger’s calves were stretching the tape at a prodigious 20″ and were considered the best of his day. Even today, his calves would stand out in an Olympia lineup. From the front, they added a diamondlike dimension to his lower legs. 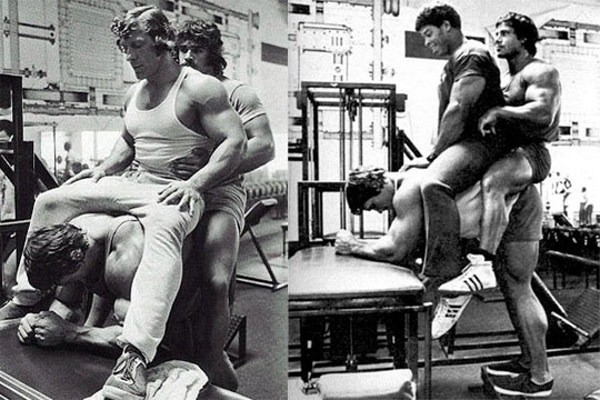 From the side, his soleus streaked down his leg in deeply etched vertical lines that shot from his knee to his ankle. From the rear, when flexed, his gastrocnemius bunched up like a squirming snake trapped under his skin.

Yes, Arnold Schwarzenegger did indeed manage to transform peg legs into pillars and, by following the calf-training routine included here, you might just do the same.

Schwarzenegger is a big believer in the benefits of volume training. This routine requires being in the gym six days a week.